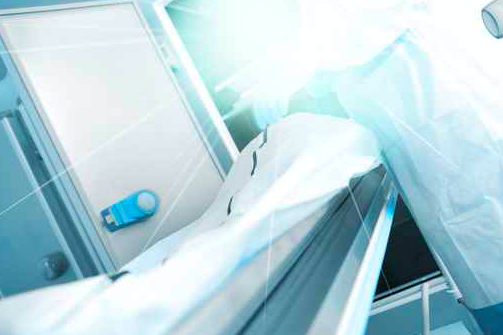 A New Jersey forensic technician is facing charges after prosecutors say he allegedly stole more than $1,000 from the body of a man who died in a single-car crash in Newark earlier this month.

According to the New Jersey Attorney General's Office, 48-year-old Darryl L. Green, of Piscataway, was employed as a forensic morgue technician by the Office of the State Medical Examiner at the time of the alleged incident on Dec. 18.

At the scene of an early morning crash on the 300 block of Sherman Avenue, law enforcement officials and employees from the Medical Examiner's Office noted that there was approximately $1,120 cash in the pocket of the 28-year-old victim who was pronounced dead at the scene.

The victim placed in a body bag and taken to the morgue, but during an autopsy the following day it was discovered that the cash in his pocket had gone missing.

Prosecutors say Green opened the body bag at the morgue and stole the money from the victim's clothing some time prior to the autopsy.

Green has since been terminated from his position and charged with third-degree theft by unlawful taking. If convicted, he faces three to five years in prison and a fine of up to $15,000.