The win sets up a rematch against incumbent U.S. Rep. Donald Norcross in November 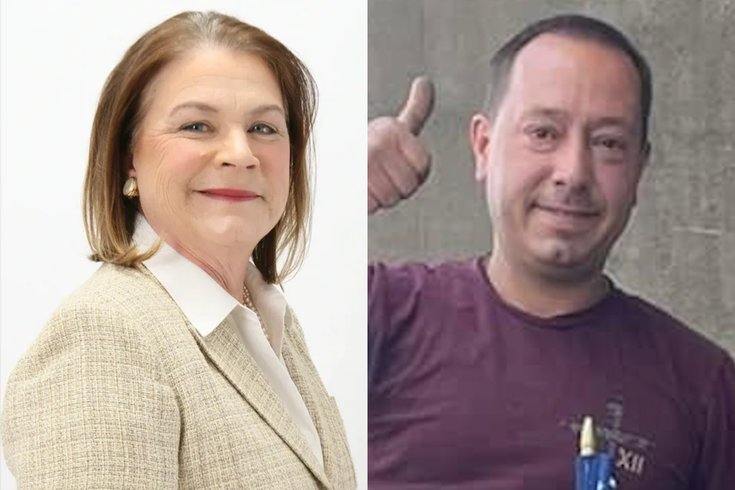 In New Jersey's 1st Congressional District, Claire Gustafson, left, won the Republican primary against Damon Galdo. Gustafson's win on Tuesday sets up a rematch with incumbent U.S. Rep. Donald Norcross, who defeated her in the 2020 election.

Republican Claire Gustafson won her primary election against Damon Galdo securing her party's nomination in N.J.'s 1st District of the U.S. House for the general election in November.

Gustafson's win sets up a rematch with incumbent U.S. Rep. Donald Norcross, who defeated her in the 2020 election.

The Associated Press called the primary for Gustafson at 9:41 p.m. She had received 67.9% of votes to Galdo's 32.1% with 67% of votes counted. Election results are unofficial until certified by the New Jersey Division of Elections.

New Jersey's 1st Congressional District covers most of Camden and Gloucester counties, as well as two municipalities in Burlington County. Gustafson has been a small business owner in the retail sector for more than 30 years and is an active member of her community in Collingswood, where she once served as a school board member and youth soccer coach. She is the current president of Camden County New Jersey Republican Woman and serves on Collingswood's planning and zoning board.

In 2020, Gustafson garnered 37.5% of the vote in a lopsided loss to Norcross, the labor leader and former state senator who has been safe in the last several elections. New Jersey's 1st District leans heavily Democratic, making it difficult for Republican challengers to gain inroads.

In advance of this year's election, Gustafson criticized Norcross for dropping his support of the Keystone XL pipeline, which she believes would bring jobs and ease pressure on soaring gas prices.

"Norcross should stop repeating his party’s talking points in press releases and admit gas prices were rising before Putin invaded Ukraine. Rather than sitting silent when Biden pulled the plug on the project Norcross should have fought to keep the Keystone XL pipeline flowing. Instead, it was more important for Norcross to side with his friends in the progressive caucus."

In the previous election, Gustafson also criticized Norcross for his role in the economic development of Camden's Delaware River waterfront, which she claimed has been marred by special interests. Her campaign also promoted goals around immigration reform, opposition to abortion and support for the Second Amendment.

Galdo, a union carpenter from West Deptford, entered the Republican primary in late April and described himself as a former Democrat who became alienated by a lack of results and a shift further to the left in recent years.