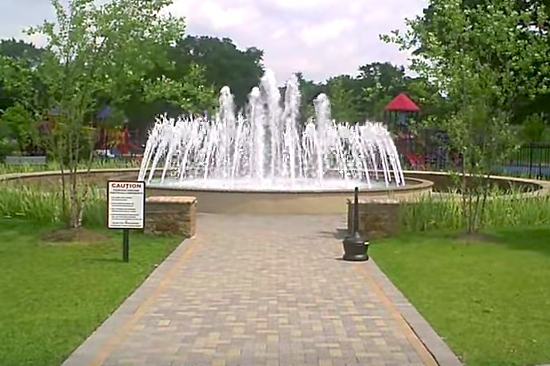 Police say what was likely a juvenile prank to toss bubble bath into a Lyndhurst Township park fountain cost $3,500 to clean up.

Police are searching for anyone responsible for turning a New Jersey park's fountain into an overflowing bubble bath..

Authorities told NorthJersey.com that the detergent had been dumped into the large fountain that sits at the center of Town Hall Park in Lyndhurst Township on Monday.

After receiving a call shortly after 2 p.m. Monday – hours after the township's Memorial Day parade ended at the park – police arrived to find the fountain foaming out of its 12,000-gallon pool, the news website reported.

Police believe the culprits either used industrial strength soap or a large amount of soap to create the thick suds that poured out of the fountain.

Although the incident was likely a juvenile prank by kids who thought it was funny, cleaning and repairing the fountain was no joke. It cost more than $3,500, Valente said.

And yes, they are taking it seriously, he said, as are the irritated township officials and employees who had to clean it up.

"It's a pain in the [expletive]," Richard Gress, the township's superintendent for its Public Works and Park and Recreation departments, told NorthJersey.com "I am putting my foot down."