Nobel laureate resigns after remarks on women in science 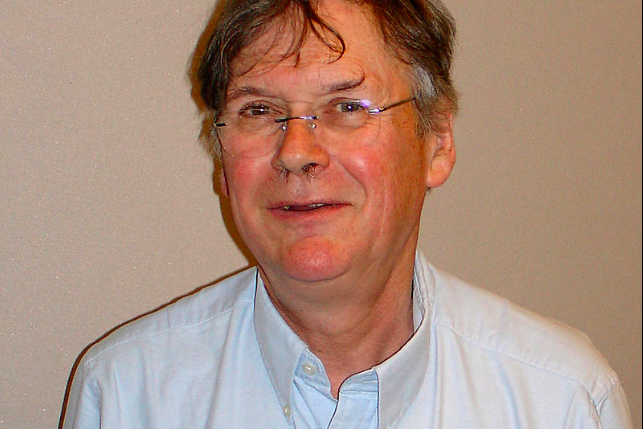 Sir Richard Timothy Hunt after a 2009 seminar at the University of California San Francisco.

Discriminatory comments made Monday by a Nobel-prize winning biochemist led to public outrage and his resignation two days later.

Sir Richard Timothy Hunt, 72, stepped down Wednesday from his post at the University College of London following comments he made regarding his "trouble with girls" at The World Conference of Science Journalists in South Korea, MSNBC reports.

Reactions poured in swiftly as many women in the scientific community took their frustration to Twitter.

It's just really hard working in a coed lab because I'm too distracting to the male scientists #distractinglysexy pic.twitter.com/9cZMUpy6TL

We wonder if these women were #distractinglysexy when they were changing the world?! ---> http://t.co/xVMf0Y6DkH pic.twitter.com/l8zDKGhhId

I fell in love with the microcentrifuge... typical woman in the lab. #DistractinglySexy pic.twitter.com/JFXZPrjWgv

Hunt later apologized for his comments in an interview with BBC 4, explaining that while he "did mean" what he said, he was "really sorry" for causing offense.

“UCL was the first university in England to admit women students on equal terms to men," read a statement from the University College of London, "and the university believes that this outcome is compatible with our commitment to gender equality.”

Though Hunt said his remarks were "intended as a light-hearted and ironic comment," he acknowledged that sharing them in front of a room of journalists was a "very stupid thing to do."

The incident has drawn renewed attention to the impact of gender discrimination in academic science, documented in a 2012 Yale study that revealed biased evaluations of identical applications assigned to imaginary men and women.

"Sadly, dealing with sexism and other forms of discrimination are a daily reality for many people," said Imran Khan, chief executive of the British Science Association, "and I imagine it's hard to find Sir Tim's comments funny if you've been held back by systemic bias for years -- whether those remarks were intended as a joke or not."