Developers continue to pursue housing projects for students, who have become increasingly worried about violence around campus 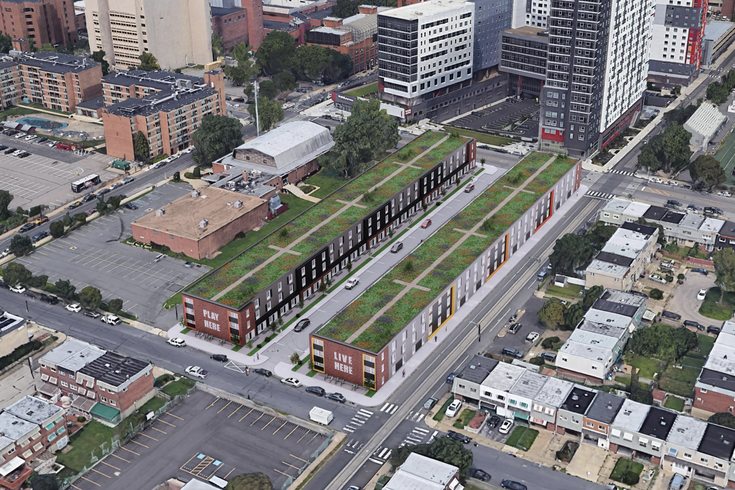 Developers plan to build a 320-unit residential project at 1600 North 11th Street that will be comprised mostly of studio apartments geared toward students at Temple University. The site in North Philadelphia is currently a surface parking lot.

A 320-unit apartment project proposed near Temple University's campus in North Philadelphia will go through the city's Civic Design Review process as developers look to add more housing geared toward students in the area.

The project at 1600 North 11th St. would replace a surface parking lot with a pair of three story buildings that run horizontally instead of vertically. Towers that have been built or are planned all around Temple in recent years are usually preferred by city planners, but in this case, the zoning at the parking lot site wouldn't permit a tall building by-right without a variance.

Designed by VBC studio in Boston, the plan calls for 320 studios and four two-bedroom apartments between the two buildings, along with 36 parking spaces and 108 bicycle stalls. 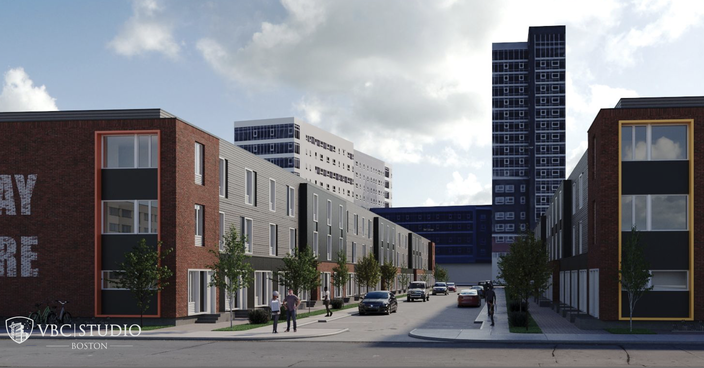 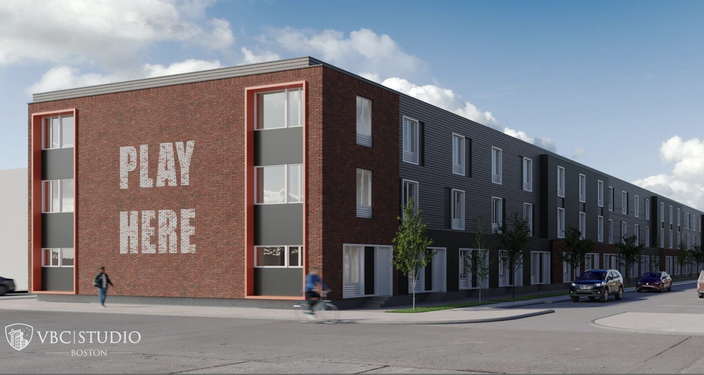 Courtesy/VBC Studio
The proposal comes at an anxious time for Temple students, especially those who live in areas more on the periphery of the campus.


Last weekend, 21-year-old Temple senior Samuel Collington was fatally shot in broad daylight during an armed robbery along the 2200 block of Park Avenue, on the opposite side of Broad St. from where this apartment project is planned.

Another fatal shooting occurred last month along the 1700 block of Cecil B. Moore Avenue, where 18-year-old Ahmir Jones was killed after another armed robbery. Jones was not a Temple student.

As Philadelphia struggles to contain a record-breaking surge in homicides — already 512 this year with a month remaining — Temple students and their parents have expressed growing fear about the climate around campus.

In response to the uptick in violence, Temple announced Wednesday it will increase its campus safety force by 50% and work with Philadelphia police to increase their presence off campus. The university's Campus Safety Services building is located at 1801 N. 11th Street, less than half a mile north of where the apartments are planned.

The proposal will receive non-binding CDR feedback later this month, but no timeline for the plan to move forward has been announced.