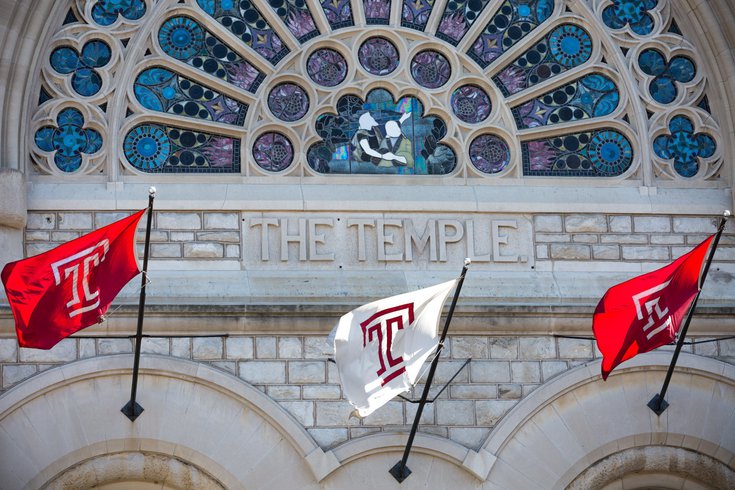 Latif Williams allegedly shot Temple student Samuel Collington twice in the chest, killing him, on Sunday afternoon on the 2200 block of Park Avenue in North Philadelphia.

The man wanted for allegedly killing Temple University student Samuel Collington as he unpacked a vehicle following Thanksgiving break has been arrested.

Latif Williams, 17, turned himself into police Wednesday night after he was identified as a suspect in the fatal shooting, which occurred Sunday on the 2200 block of Park Avenue. He has been charged with murder, robbery and related offenses, court documents show.

Williams' attorneys said he has been fully cooperative with investigators, KYW reported.

Collington, 21, was pronounced dead at Temple University Hospital around 2 p.m., according to authorities.

Investigators said the incident was captured on video surveillance and Williams was identified as the shooting suspect.

Williams previously was arrested in August for allegedly carrying out another gunpoint carjacking, court documents show. The case was dropped after a key witness failed to show up to a court hearing, according to the Philadelphia District Attorney's Office. Prosecutors said they are still investigating the incident.

Williams also had charges dropped in three other cases stemming from alleged crimes that took place in 2019 and 2020, according to KYW. The District Attorney's Office denied the additional cases were withdrawn by prosecutors.

Collington, of Prospect Park, Delaware County, was set to graduate with a degree in political science from Temple's College of Liberal Arts.

"This is a true tragedy in every sense of the word," Charles Leone, the university's executive director for campus safety, said earlier this week.

Collington, who worked as a fellow in the City Commissioners Office, had hoped to become a politician or lawyer.

"Samuel was an incredibly talented and engaged young man," City Commissioner Omar Sabir said. He noted that Collington "exemplified an incredible passion for engaging voters and was an indispensable member of our team."

Temple since has increased its campus safety presence by 50% and is working with Philadelphia police to bolster its off-campus patrols, the university said. It plans to add and upgrade safety lights, cameras and emergency phones, as well as increase shuttle service availability.

Last month, 18-year-old Ahmir Jones was fatally shot during a robbery that occurred while he was walking with his girlfriend along the 1700 block of Cecil B. Moore Avenue.