The trail could connect to the East Coast Greenway, a 3,000-mile route from Maine to Florida 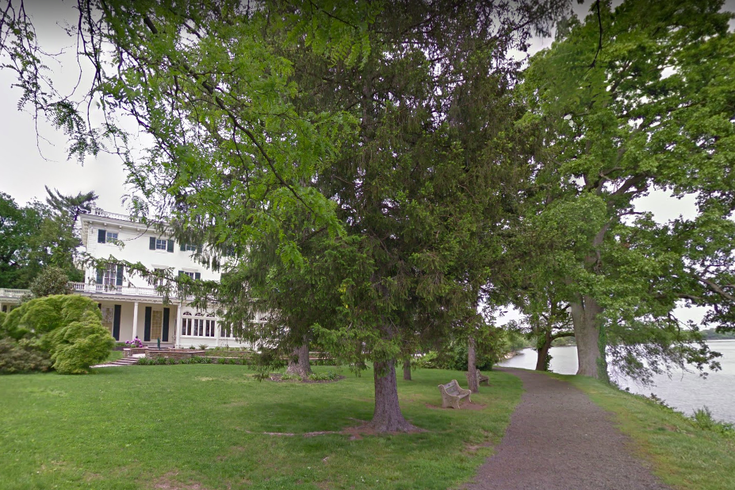 The City Planning Commission has proposed a 4.3 mile trail though Northeast Philadelphia that would connect Glen Foerd, above, to the Poquessing Creek Trail at Junod Playground.

Northeast Philadelphia could be getting a new trail that would connect Glen Foerd with the Poquessing Creek Trail at Junod Playground, with options for walking, biking and commuting.

The proposed 4.3 mile trail also would connect to the East Coast Greenway, a 3,000 mile trail that connects Maine and Key West, Florida. The Greenway is becoming one of the most visited outdoor spaces in the country, Conde Nast Traveler reported

The Greenway was started in 1991 and has slowly added more "paved and protected paths," to its mileage. As of this year, the Greenway has 1,000 miles of protected trails.

In Philadelphia, the majority of the Greenway is on paved, vehicular roads rather than trails. A portion runs along the Schuylkill River Trail before cutting across the city via Spring Garden Street and onto the Delaware River Trail.

"Trails connect people to nature, to destinations and to each other," said Eleanor Sharpe, executive director of the City Planning Commission. "We want people to tell us what they'd like to see in a trail along Poquessing Creek."

Philadelphia officials secured funding to consider the project and conducted a study into the area earlier this year.

The proposed trail would weave in and out of the watershed's woods and run by Benjamin Rush State Park, Philadelphia Mills Mall, Holy Family University and SEPTA's Torresdale Station.

The City Planning Commission, in partnership with Parks and Recreation and the state Department of Community and Economic Development, is hosting a virtual public meeting Thursday from 6-7:30 p.m.

Officials want to hear from the public about potential access points and the destinations it should reach. They also want feedback on any barriers.

A second meeting next spring will consider a drafted project. A final report on the trail is expected to be released next summer.