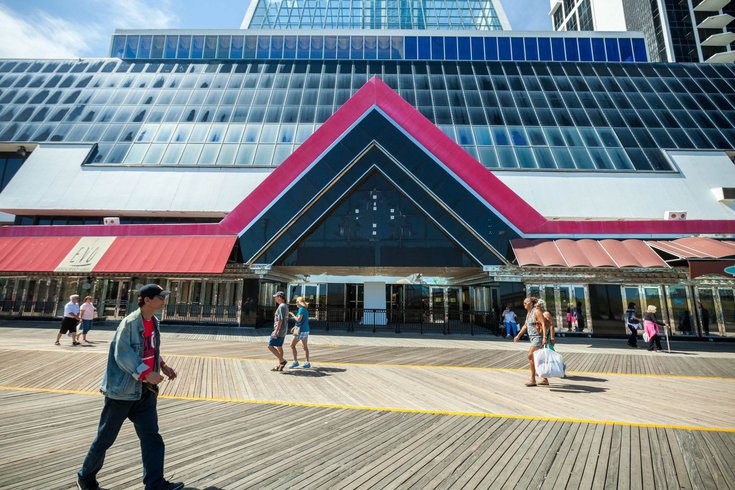 The Trump Plaza Hotel and Casino operated for 30 years along the Atlantic City Boardwalk before sitting vacant for seven more years and being demolished in February.

Atlantic City is receiving a financial boost in its quest to determine the best use for the property where the Trump Plaza Hotel and Casino once stood.

The New Jersey Economic Development Authority has awarded the city a $50,000 planning grant to repurpose the oceanfront site.

The funding is being given through the NJEDA's 21st Century Redevelopment Program, which provides grants to aid in the redevelopment of empty or underused spaces that can have a significant impact on local economies.

The grant will allow Atlantic City to evaluate strategic uses for the land and create an overall redevelopment plan, city officials said. The city and the state-run Casino Reinvestment Development Authority are seeking to create a development corridor connecting the Atlantic City Convention Center and a new retail space to the city's boardwalk and beaches.

"We look forward to working with the Casino Reinvestment Development Authority on plans for the undeveloped property on Mississippi Avenue that was once the site of the Trump Plaza Hotel," Atlantic City Mayor Marty Small Sr. said.

"The 21st Century Redevelopment Program will allow the city of Atlantic City to continue the movement to diversify the local economy," added Barbara Woolley-Dillon, director of Atlantic City's Department of Planning and Development. "This grant will help us create a comprehensive redevelopment plan to better position the city as a year-round destination for residents and visitors."

The building where the Trump Plaza Hotel and Casino operated from 1984-2014 was demolished in February. The structure's implosion raised more than $16,000 for the Boys & Girls Club of Atlantic City.

The need for demolition was expedited last year after the city declared the tower a public health hazard because debris flew off during heavy winds. The building was empty for the last seven years as it continued to deteriorate.

Atlantic City officials previously said that they would like to turn the lot into a family attraction along the boardwalk.

The former hotel and casino was one of several properties that former President Donald Trump owned at the popular Jersey Shore destination.