Brookhaven police have charged one man and seek another. Investigators believe there are more people who were scammed 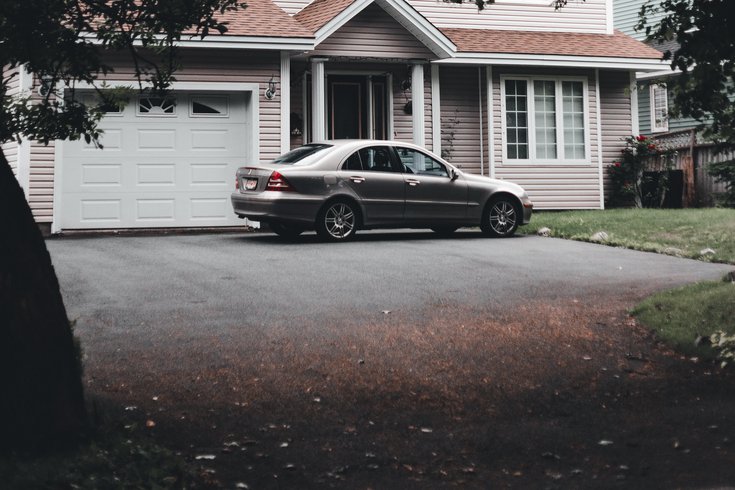 Two homeowners in Brookhaven, Delaware County, allegedly were swindled by two men who claimed to run a driveway sealing company. One of the men has been arrested and the other remains at large. Investigators believe others may have been targeted.

Two men face charges for pressuring homeowners in a Delaware County to hire them to reseal their driveways and then allegedly performing shoddy work, covering their driveways with black paint instead of sealant, authorities said.

The Delaware County District Attorney's Office believe the pair has targeted senior citizens, and there could be more residents caught in the alleged scam. They are urged to come forward.

Authorities became aware of the alleged scam on Monday, when officers were called to a Brookhaven home and a woman described an encounter with the contractors. She said she had been pressured by a man with an Irish accent to have her driveway surface repaired at a cost of $2,400, paid in cash.

Ultimately, the woman agreed to pay $1,200, but when the job was completed, Cassidy, now accompanied by Kenny, demanded $1,400 from the woman, police said.

At the scene, police determined the suspects allegedly had covered the driveway with spray paint and not proper sealant.

Cassidy is a citizen of Ireland in the United States under an expired visa, authorities said. His bail has been set at $100,000 cash.

"We are announcing these charges today because we believe that there may be other victims in our community who have been taken in by these unscrupulous individuals," Brookhaven police chief Michael Vice said in a press release on Thursday. "If you or someone you know has had an experience similar to the ones outlined in today's charges, we urge you to contact the Brookhaven Police Department at (610) 876-6142. Speaking up will help us ensure that these individuals are unable to engage in these abusive practices."