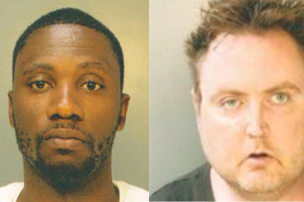 An investigation was opened earlier this year after police received a tip from Locks Gun Shop in Northeast Philadelphia. Employees at the shop noticed Jeffrey Brett, 37, purchased three handguns at the store before turning them over in a nearby parking lot to a man later identified as 33-year-old Jerome Bogerty, according to prosecutors.

Bogerty is a convicted felon who is not legally permitted to possess a firearm. Investigators tracked eight other alleged straw purchases at two other gun shops not long after the original tip.

The charges come as Pennsylvania Attorney General Josh Shapiro works to stem the flow of gun trafficking in Philadelphia and other crime centers. His gun violence task force has seized more than 150 guns in the past year and is looking to expand into more cities, including Chester, Carlisle and Hazelton.

“Pennsylvanians have the right to feel safe in their homes and their neighborhoods,” Shapiro said. “I’m working to protect that right by getting guns out of the hands of criminals who don’t have the right to possess them. Through the Attorney General’s Gun Violence Task Force, we’re collaborating every day with our law enforcement partners to target gun traffickers like these defendants.”

Brett and Bogerty have been charged with weapons offenses, making unsworn falsifications to authorities and tampering with official records. They are being held in Philadelphia County Prison on $1,000,000 bail each. Preliminary hearings for both are scheduled to take place this month.