The way you breathe may affect the strength of your memory, study suggests 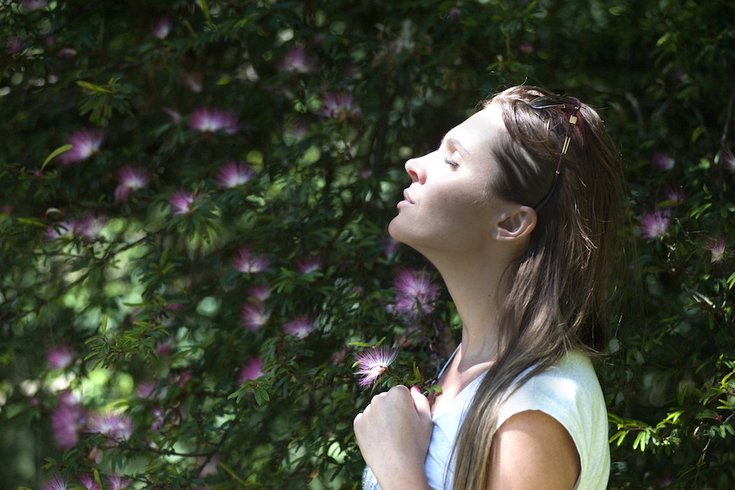 Nose breathers, as opposed to mouth breathers, tend to have better access to their memory.

Are you a nose breather or a mouth breather? We're not here to judge. Rather, a new study suggests that the way you breathe — be it through the nose or mouth — may affect, of all things, your memory.

Apparently, research into how breathing impacts the brain has been a big area of study recently. Researchers from Karolinska Institutet in Sweden found that participants who breathe through their nose consolidate memories better.

The study, which was published in The Journal of Neuroscience, found that people are able to remember smells better breathing through the nose when memories are being consolidated — “the process that takes place between learning and memory retrieval,” according to Artin Arshamian, researcher in the Department of Clinical Neuroscience at Karolinska Institutet.

RELATED READ: This is how many faces you can *actually* recognize, according to science

This is reportedly the first study to find this relationship, most realistically because the most common laboratory animals — rats and mice — are unable to breathe naturally through their mouths, making the data slightly more difficult to obtain. There’s a fun fact!

To collect the data, researchers had participants learn 12 scents on two separate occasions. Participants were then asked to either breathe through their noses or mouths for one hour, and when that time was up, they were presented with the old as well as a new set of 12 scents. At the end, they were asked to say if each scent was from the first session or second to test their memory.

The results proved that when participants breathed through their noses between the time of learning and recognition — that one-hour gap — they remembered the scents better.

If you’ve ever taken a yoga class, or even a group fitness class, then you know how that the importance of breathing is stressed. Supposedly, it helps you get through a tough class and allows you to utilize your body more efficiently, but what does that all mean?

"The idea that breathing affects our behavior is actually not new," Arshamian explained. "In fact, the knowledge has been around for thousands of years in such areas as meditation. But no one has managed to prove scientifically what actually goes on in the brain. We now have tools that can reveal new clinical knowledge."

Here's one argument for stopping to smell the roses a little more often, especially if you'll remember it later!