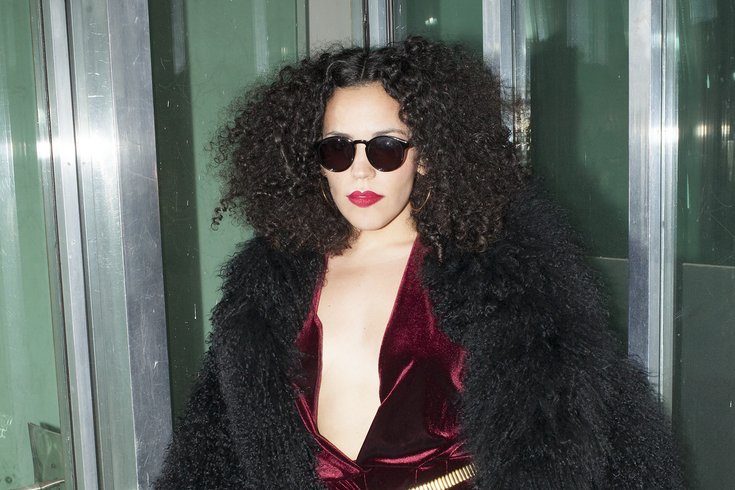 This polyvalent art-pop funkstress dishes up a raw, no-nonsense groove while laying out some similarly blunt and emphatic messages about race in America, riffing playfully but pointedly on the prevalence of Latinos in the food industry (as well as other, less glamorous service sectors). Her second verse digs a little deeper into some starker injustices, but she’s not really out to cram political realities down your throat here, just giving you a little something to chew on while you get on down.

The most (relatively) straightforward cut from this bizarro Philly producer’s new Bandcamp three-tracker “Vocoder Works” — and, at a bit under three minutes, also the longest — this bloopy, Warp-style IDM jam (think Plaid, or Richard James in tamely melodious mode) starts out pretty groovy and catchy, then gradually morphs, as such things will, into something a bit more spare and faltering.

QQQ will be at Everybody Hits this Wednesday, Sept. 28, and at Goldilocks Gallery on Oct. 14.

Most of the songs on “Marked for Death,” the searingly potent new record from this California dirge-maestro — out this Friday — yin-yang magnificently between hushed, brooding folk and thunderous, doom-laden rock. (Tellingly, her recent tourmates have included the storm-gatherers like Alcest, Boris and Wovenhand). On the album’s final song, though, that crashing, full-band moment never arrives — all we get are Rundle’s jagged, worn-ragged strums and her weary but unyielding vocal (with its whiff of Tori Amos at her most vulnerable) — and it’s all the more forceful for it.

One of the most singular and intriguing musical projects in recent memory resurfaced last week, with the announcement of an ambitious new undertaking from ambient experimentalist Leyland James Kirby (under this “The Shining”-referencing alias): a promised six albums, to be released over the course of the next two and a half years, together forming an aural exploration (and, apparently, autobiographical document) of the progression of dementia — concept-wise, seemingly, a long-form expansion of 2011’s landmark “An Empty Bliss Beyond This World.” While it’s hardly a song-oriented enterprise, this opening cut from the first album in the series is an apt introduction to Kirby’s baseline working methods, which typically involve manipulation of old 78s — in this case, a swampy, ballroom orchestra recording of the standard “Heartaches” (written in 1931 and recorded by Patsy Cline, among many others), whose lyrics provide the track’s title. It’s crackly and washed out and perhaps a bit slowed down but otherwise seems largely unaltered. This is just a jumping-off point, though — presumably, a representation of relatively intact memory — and it’s fascinating to contemplate where Kirby, and this project, might go from here.