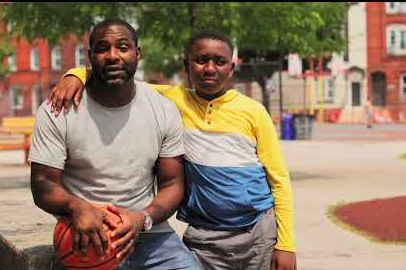 A new series of 30-second ads from the Philadelphia Department of Public Health seeks to empower parents to take control of the snacks their kids are eating.

At a press conference Wednesday morning, officials revealed the "I Call the Snacks" campaign, taking aim at sugary foods that contribute to childhood obesity and the development of diabetes.

The campaign's videos feature parents and grandparents with their kids as they explain the steps they've taken to instill healthy eating habits in their homes.

Public health officials said they expected the videos might be controversial, partly because of the heavily politicized debate surrounding Philadelphia's soda tax.

Since 1980, obesity rates among teens ages 12 to 19 quadrupled from 5% to 20.6% in the United States., which is why greater emphasis has been placed on cultivating healthy eating among elementary age children.

Philadelphia has actually seen a modest decline in childhood obesity since the turn of the century. The Robert Woods Johnson Foundation recognized the city's strides after obesity rates in K-12 children dropped from about 21.7% in 2006-2007 to about 20.3% in 2012-2013 (that relative decline was actually about 6.5% during that span). More recent health department statistics from 2015 put the childhood obesity rate at 20.6%.

A website for the new health department campaign, developed in partnership with Get Healthy Philly and the Center for Science in the Public Interest, offers parents a variety of tips and recipes for alternative snacks and meal planning, as well as facts and statistics on sugar consumption.

The new campaign in Philadelphia comes as national efforts to bolster healthy eating in schools have waned during the Trump administration, which rolled back requirements previously implemented by former first lady Michelle Obama.

Philadelphia's latest push appears to be centered on improving what kids eat when they're not in school.