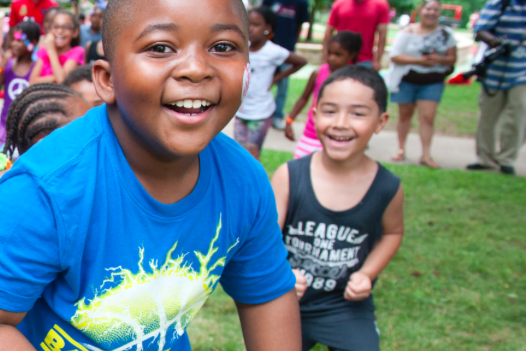 Philadelphia reported a 6.5 relative decline in childhood obesity during the period between 2006-2007 and 2012-13, earning the city praise and recognition in the "Signs of Progress" report recently released by the Robert Woods Johnson Foundation.

The largest declines in obesity were found among boys, particularly African-American and Asian children. In fact, Philadelphia was alone among more than 30 cities in demonstrating progress with this demographic rather than primarily white youth.

Overall, the rate of obesity among K-12 students in Philadelphia fell from 21.7 percent in 2006-07 to 20.3 percent in 2012-13. Much of the credit goes to a public health collaboration between Get Healthy Philly and The Food Trust, whose joint programs have improved access to affordable healthy foods and implemented effective urban policy, system and environmental changes at the local level.

“In Philadelphia, improving the health of our children has been a true collaboration between government, nonprofits, businesses and community partners,” said Yael Lehmann, executive director of The Food Trust. “We need to build on and expand what is working to continue moving in the right direction.”

Since 2010, Get Healthy Philly has worked with more than 900 retailers — corner stores, farmers markets and Chinese take-out restaurants — to promote healthy food sales to city youth. The Food Trust's Philly Food Bucks program, which offers a $2 incentive for fruits and vegetables with every $5 spent in federal SNAP money, to date has generated nearly $300,000 in redeemed value.

The School District of Philadelphia was also applauded for its efforts over the past decade to promote a culture of health and recreational activity. In 2004, the city's schools eliminated all sodas and sugar-sweetened beverages from vending machines. Two years later, a district-wide wellness policy implemented guidelines for meals, snacks, drinks, physical activity, and nutrition education. Then in 2009, deep friers were banned from school kitchens and milk was switched from 2 percent to 1 percent and skim.

Here are some nationwide highlights from the study:

• South Carolina's Cherokee County saw 20.2 and 21 percent declines in combined overweight and obesity among children in grades 1 and 3, respectively, between 2012 and 2015

• Wisconsion's Chetek-Weyerhaeuser School District achieved a 30.2 percent decline in combined overweight and obesity among children in grades K-12 between 2009 and 2013

"These signs of progress confirm that we can make a difference, show us what’s working, and inspire new ideas,” said Risa Lavizzo-Mourey, MD, president and CEO of Robert Woods Johnson Foundation. “We cannot underestimate the work that remains to help all children grow up at a healthy weight, but we do know how to move the needle. It’s time to take that knowledge to scale. Our nation’s future depends on it.”