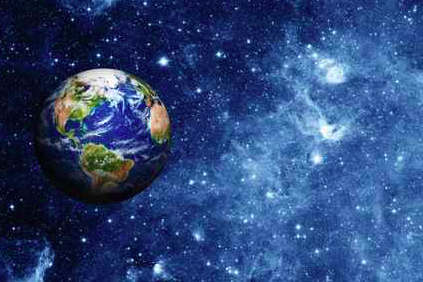 Scientists have long known that major earthquakes can cause our planet to emit frequencies for months at a time, but when seismologists discovered in the 1990s that Earth is always vibrating at low frequencies, a few different theories were put forth to explain it.
Two of those theories, both involving ocean waves, have now been combined and identified as the cause of the celestial ringing sounds produced by Earth, LiveScience reports.

One of the theories proposes that massive ocean waves reaching down to the seafloor shake the earth as they crash over ridges and continental shelves. The other theory suggests that waves colliding with other waves are responsible for the tremors.

Since neither theory could explain the range of vibrations recorded by earthquake sensors, researchers combined them in a study using computer models of the ocean, winds and seafloor. They found that ocean wave collisions can generate seismic waves that ripple in 13 seconds or less, while larger waves across the sea floor produce the majority of the detectable noise, making slower waves with frequencies between 13 and 300 seconds.

"I think our result is an important step in the transformation of mysterious noise into an understood signal," lead study author Fabrice Ardhuin, an oceanographer at the French Research Institute for Exploitation of the Sea, told Live Science.

The researchers believe a better understanding of this seismic humming could help lead to a more detailed picture of Earth's interior, allowing them to better model the Earth's structure.