Charges dropped against Phillies' Odubel Herrera, so what now? 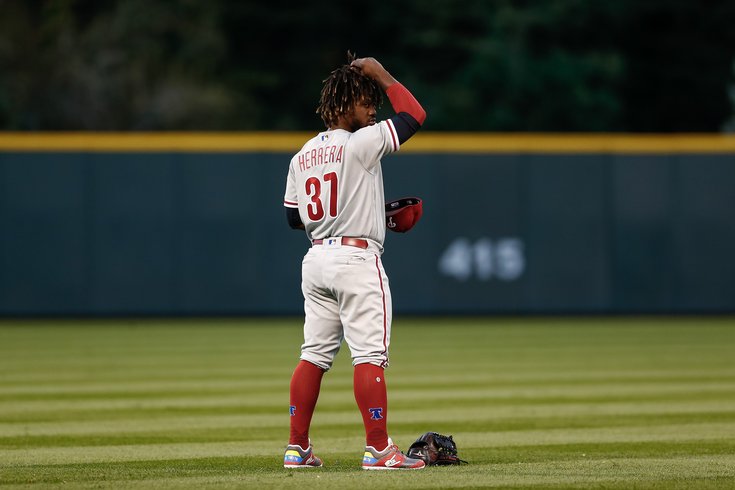 The Phillies are about to make their toughest decision of the season.

After losing outfielder Odubel Herrera to the administrative leave list after he was arrested and accused of domestic abuse against his girlfriend — in Atlantic City in the Golden Nugget Hotel and Casino — the 27-year-old was set to appear in court Wednesday.

On Wednesday, news broke that his girlfriend decided not to pursue charges anymore and the case was dismissed.

Odúbel Herrera appeared in court this morning in Atlantic City. The charges have been dropped. The state is not able to proceed with the charges because the plaintiff, his girlfriend, doesn’t want to go forward with them. #Phillies pic.twitter.com/Z7qAlVSte0

For now, Herrera remains on MLB's Administrative Leave until July 5th as MLB continues its own investigation.

The Phillies are in a tough spot now, to say the least. They are very much in need of outfield help, with Andrew McCutchen on the IL for the rest of the season after he tore his ACL last month. The Phils are cycling through utility man Scott Kingery (better suited for the infield) and Roman Quinn out there. Herrera's skillset would be a godsend, from a strictly baseball perspective.

However, regardless of whether charges are being pursued, Herrera definitely did not behave befitting of the kind of professional athlete Gabe Kapler, Matt Klentak and the rest of the Phillies organization want representing them.

“What I am going to assure you guys, just like I did at the outset, we’re going to be transparent about this,” Klentak [via The Athletic] when the news first broke. “We’re not going to hide the ball. There’s no secrets. Whatever we learn, we’ll share it and the league will help us make whatever decision we’re going to make.”

Here's some more from a detailed piece by Meghan Montemurro and Matt Gelb that ran on The Athletic back on May 28:

Since MLB’s Joint Domestic Violence, Sexual Assault and Child Abuse policy went into effect prior to the 2016 season, 12 players have been investigated by the league. Seven were suspended between 15 and 100 games without pay. This does not include José Reyes’ 2016 suspension, which included spring training games, or Derek Norris, who was put on the restricted list for the final month of the 2017 season as a free agent. Two players received no discipline following an MLB investigation. One case, involving Dodgers’ pitcher Julio Urías, remains ongoing, though the left-hander has been reinstated from administrative leave and is back on the Dodgers’ active roster. Urías’ current situation shows the complexities in adjudicating these cases.

There is no time limit on how long an MLB investigation might take; a player could be removed from administrative leave and the restricted list — or stay on it indefinitely — before the league concludes its investigation. Domestic violence cases can also present a challenge in getting the victim to cooperate with investigations, particularly in high-profile cases. [The Athletic]

Both Kapler and Klentak have gone on the record saying they don't expect Herrera to play again for the Phillies, but here we are.

The Phillies will certainly try to trade Herrera, and I would bet they're hoping they can and their involvement with him ends there.

If the Phillies can get anything for him on the trade market it would probably be considered a win. If they keep him, you can be sure a lot of people will be unhappy.

Please also dismiss him from the Phillies and thank you https://t.co/UQiAqz2NSd

It's not really a baseball decision at this point. The Phils' needs on the field are outweighed by the moral issue here. Herrera is on administrative leave until July 5. There is also a MLB's ongoing investigation, and he may still be suspended further. Expect a decision from the Phillies in a few days.