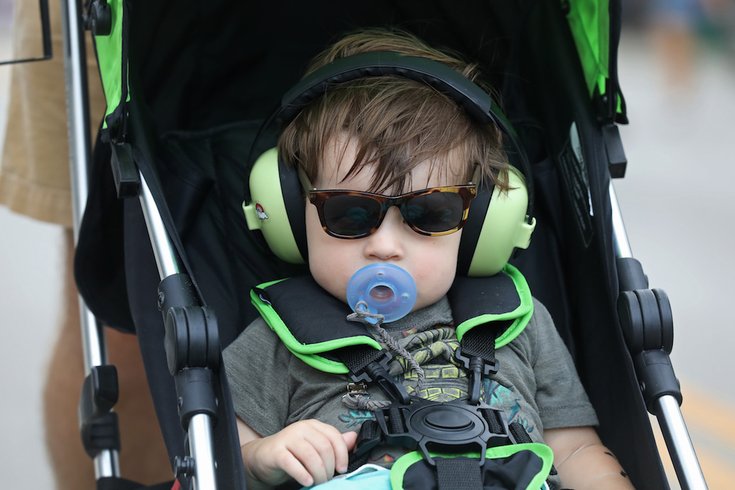 As a woman without kids, I gag at the thought of a parent sticking their child’s pacifier into their own mouth to clean it.

But a new study has found there’s actual health-promoting merit to the practice. (For the record, kale was pretty gag-inducing when it came on the health scene, too.)

A new study found that babies whose parents sucked on their pacifier to clean it off had a lower chance of developing allergies and asthma, according to a news release. This simple act has the potential to make a huge impact on a child’s life because the statistics on allergies are staggering — it affects nearly 50 million Americans every year, according to the Centers for Disease Control and Prevention.

Researchers believe parents are passing healthy oral bacteria in their saliva that will boost early development of their child's immune system, the news release explains.

"From our data, we can tell that the children whose pacifiers were cleaned by their parents sucking on the pacifier, those children had lower IgE levels around 10 months of age through 18 months of age," said Dr. Eliane Abou-Jaoude, an allergy fellow with the Henry Ford Health System in Detroit, and author of the study.

The study involved 128 mothers who were asked how they cleaned their baby's pacifier based off of these options: Sterilizing it in boiling water or dishwasher, cleaning it with soap and water, or sucking on it. Among the three methods, 30 mothers sterilized it, 53 cleaned it with soap and water, and nine sucked on the pacifier.

Researchers compared the babies' IgE — which stands for antibody Immunoglobulin which is linked to the development of allergies and asthma —levels at birth, six months and 18 months for each cleaning method. They found a "significantly lower IgE level for babies at 18 months" whose mothers sucked on the pacifier to clean it. Additional analyses indicated the differences were first seen at about 10 months.

Alternatively, CNN talked to Dr. Andrew MacGinnitie, clinical director of the Division of Immunology at Boston Children's Hospital, who notes that this small, to-be peer-reviewed study is "one more piece of data that early exposure to microbes helps prevent allergies." MacGinnitie notes that there are plenty of other factors that could have affected the child’s immune system, mothers who suck on their children's pacifiers could also "let their kids play in the dirt, or their whole house could be less clean."

This relationship between a parental saliva and a child’s immune system is why Abou-Jaoude isn’t suggesting parents stop other pacifier cleaning methods just yet — more research is needed to examine the potential correlation.