Parks on Tap will return this summer 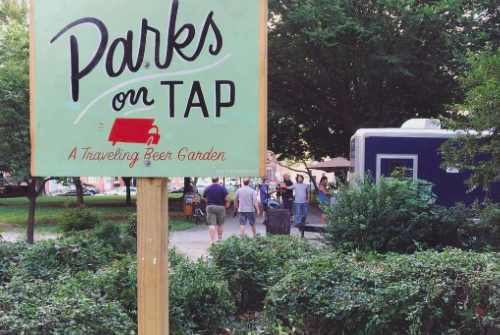 Read More
Update Thursday, April 6: Parks on Tap will kick off Wednesday, May 17 at The Azalea Garden, located by the Philadelphia Museum of Art and Kelly Drive.

On Thursday, Feb. 9, the Fairmount Park Conservancy, Philadelphia Parks & Recreation and FCM Hospitality announced that Parks on Tap will return this summer.

The program, which launched last summer, brings pop-up beer gardens to Philly parks. The mission is to shed light on Philly's greenest attractions.

This year, Parks on Tap will kick off on May 17 during LOVE Your Park Week. The mobile beer garden will travel to at least 20 different parks, finishing for the season on Oct. 1.

Continuing its contract with the city of Philadelphia, FCM will once again provide food, beer, wine, snacks and non-alcoholic beverages.

There's no word yet on which parks are participating, but FCM expects to operate for a minimum of three to five days per location.

“In some cases, the beer garden will be set up at highly trafficked areas, like Schuylkill Banks, but in others, it will be tucked away in neighborhood parks," Kathryn Ott Lovell, commissioner of Philadelphia Parks & Recreation, stated in a press release.

Updates will be posted at the Parks on Tap website.