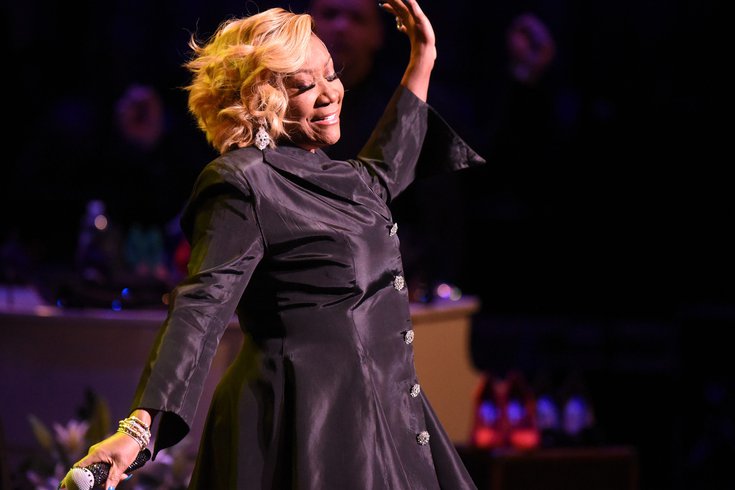 Patti LaBelle revealed on a recent episode of the 'Drink Champs' podcast that she is returning to the recording studio for an upcoming collaboration with Jazmine Sullivan. She previously believed that the R&B singer didn't like her until a recent heartwarming phone call.

Patti LaBelle is heading back to the recording studio for an upcoming collaboration with Jazmine Sullivan, the soul singer revealed during a recent appearance on the "Drink Champs" podcast.

The 78-year-old "Godmother of Soul" spoke candidly on Friday's episode about her relationship with the R&B singer. The two have known each other for years, but LaBelle believed Sullivan didn't like her because she was frequently quiet and timid when they were together.

They both recently performed at the Essence Festival in July, and LaBelle was pleasantly surprised when she received a phone call from Sullivan, setting the record straight and expressing her gratitude and love for the legendary performer.

"I thought Jazmine Sullivan hated me," LaBelle told co-hosts NORE and DJ EFN. "Let me say something. Last week, she made my heart pound, hard. She called me. The same gentleman, Marquese, who made this outfit and the outfit I wore for Essence a couple weeks ago, he's good friends with Jazmine. So he said: 'Jazmine and I always used to talk about 'who's coming to Patti LaBelle's party first? You or me?'"

Sullivan told LaBelle during the phone call that she is her "everything," and said she loves her so much she gets shy around her.

At the end of the segment, LaBelle revealed that she is returning to the studio to record a collaboration with Sullivan, along with some other R&B singers.

"Well Jazmine and I are recording soon," LaBelle said. "You know, after 15 years I haven't recorded. So I'm doing stuff with her and a bunch of other sweeties and I just wanted to clarify that for me, because I was holding this thing that she didn't like me, she loves Patti LaBelle."

Fans reacted to the reveal on Twitter, expressing their excitement for a surprise collaboration between the Philadelphia performers.

Patti LaBelle and Jazmine Sullivan will be recording together soon. Let me prepare my soul for this

Patti laBelle and Jazmine Sullivan making music together?! R&B is in a great place https://t.co/g0IkuYb7VY

Patti Labelle & Jazmine Sullivan is a combination I didn't know I needed but I can't wait to hear what they come up with.

LaBelle's last studio album, "Bel Hommage," was released in 2017. The soul singer has not recorded an R&B-style album in more than a decade, but she's ready to return to the studio for some new music. She recently recorded a Tiny Desk Concert as part of NPR's Black History Month series.

LaBelle also spoke about her relationship with Aretha Franklin, who died in 2018. NORE and DJ EFN asked about a supposed "snub" by Franklin to LaBelle at the Women of Soul concert at the White House in 2014. The incident was captured on video and eventually gave way to a nearly endless supply of memes.

She explained that Franklin wasn't feeling well during her appearance, but later called LaBelle to talk about business ventures and recording together. She also remarked that Franklin is and will always be her number one hero.

"I sang 'Ain't No Way' (at the 1994 Kennedy Center Honors) because she wanted me to," LaBelle said. "She loved me. It wasn't love/hate, it was love, and when I'm not feeling well, you might get another side of Aretha. So that's all it was."

The full "Drink Champs" podcast episode is available on YouTube, which you can check out below.