Jose Garces restaurant at Wells Fargo Center to offer dishes from chef's other spots, including Distrito 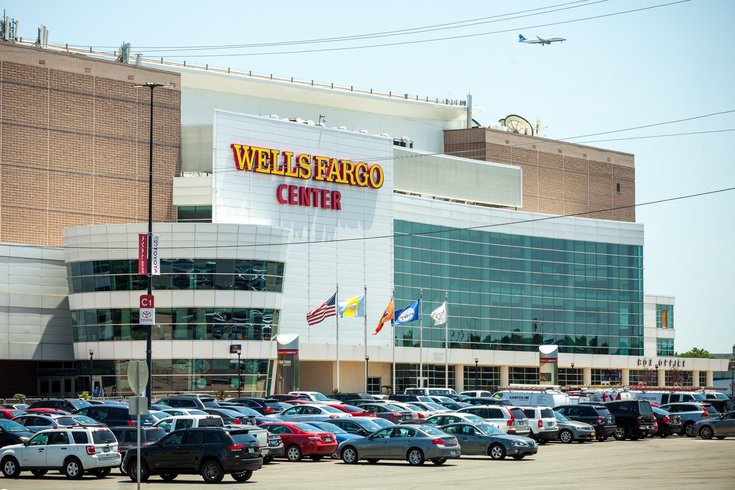 Garces Eats, a new restaurant concept from Chef Jose Garces, is set to debut at the upgraded Club Level at the Wells Fargo Center this fall, just in time for the upcoming NBA and NHL seasons. The restaurant features a rotating menu of Garces' signature dishes from all of his Philadelphia restaurants.

Chef Jose Garces is set to debut a new fast-casual restaurant at the Wells Fargo Center in October that will feature notable dishes from all of his restaurants in Philadelphia.

Garces Eats is replacing The Bistro stand on the Broad Street side of the club level, providing views of Flyers and Sixers games during the upcoming 2022-2023 seasons. The concept will take diners on a tour of well-known Garces establishments, including Village Whiskey, the Olde Bar and Distrito.

Distrito, a Mexican restaurant that opened in 2008 at 40th and Chestnut Streets in University City, abruptly closed on July 9. Garces told the Inquirer that the business could no longer support itself financially due to rising food prices and a loss of customers.

Garces' new restaurant, designed by Dash Design, is part of the Wells Fargo Center's $350 million upgrade to its club level, which is meant to highlight the best of Philadelphia sports and entertainment. It will be joined by Stephen Starr's Adrian, which was announced earlier this year.

Several other new bars and restaurants are set to join as part of Comcast Spectacor's expansion, including an open-floor layout and specialty seating.

Garces said that the open kitchen will provide a direct connection between him, his international travels, and the people of Philadelphia.

"Having the opportunity to bring my Garces Eats concept to the club level has been hugely exciting to me," Garces said. "At its core, Garces Eats is intended as an extension of my personal test kitchen and studio, where I will be bringing the best of handheld and bowl based foods from around the world to one of the most dynamic event venues in the country."

The restaurant is also part of a larger expansion of Garces' business, both in the city and throughout the country. Earlier this year, the chef announced his restaurant Buena Onda would expand nationally nationally through a franchising deal that also includes two new locations in Radnor and Rittenhouse.

Garces and his restaurant group are still working to recover from the COVID-19 pandemic, and expanding his Callowhill taqueria is part of a broader pivot to fast casual food options.

"Wells Fargo Center offers incredible food and beverage options, including many from local chefs, and we're honored to feature some of Chef Garces' famous dishes for our fans starting this fall," said Valerie Camillo, president of the Wells Fargo Center. "With his rotating menu, guests will be treated to something new and exciting during each visit, and this is just another way that the new Wells Fargo Center offers the best guest experience in the world with a Philly twist."

Menu items at Garces Eats include duck fat fries and smash burgers made with Village Whiskey's proprietary beef and toppings. The buffalo cauliflower with buttermilk ranch and gin-pickled celery from The Olde Bar also will be featured.

The restaurant is offering some of its own original options, as well. A burrito bar with a variety of protein options, like pork carnitas, al pastor, chile-braised beef and adobo chicken, will be available.