Beginning Monday, the shuttered brewery's Oktoberfest lager will be available in the Philadelphia region, with at least three more brews on their way 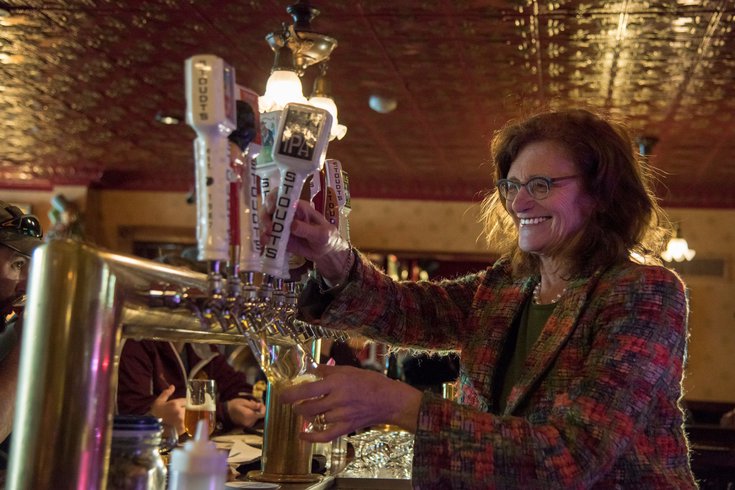 Stoudts Brewing Company, the Lancaster County craft brewery that closed in 2020 after 30 years of business, will make its signature beers available under a licensing agreement with Evil Genius Beer Company. The brand is set to release its Oktoberfest lager in the Philadelphia region beginning Monday.

Stoudts Brewing Co. closed its doors in Lancaster County in 2020, but the craft brewery is returning to draft lines in the Philadelphia region thanks to a partnership with Evil Genius.

Carol Stoudt opened Stoudts, one of the Pennsylvania's first craft breweries, in 1987 when she and her husband sought to expand their restaurant business by brewing their own beer. Two years ago, the couple closed the brewery in Lancaster County and retired to New England.

Still, Carol Stoudt left hope that the brand could be revived.

Now, at least four of Stoudts' signature beers will appear on top in most of Pennsylvania through the new licensing agreement with Evil Genius.

The first, Stoudts' signature Oktoberfest lager, is being released Monday. The German-style lager is brewed with imported ingredients.

"Stoudts was founded on Gemutlichkeit — there's no direct translation but we explain it as like-minded people having a great time together," said Kurt Bachman, Carol's business partner and vice president of Stoudts. "We created our Oktoberfest beer with the hope that you get this feeling with every sip."

Evil Genius also will release Stoudts Gold later this year, with the others to come in 2023. More releases will be announced through Stoudts' website.

"I was disappointed when they announced they were closing," said Trevor Hayward, co-founder of Evil Genius. "I've known Carol for many years, having attended her legendary beer fests and becoming close friends, so helping to relaunch Stoudts just made sense. People were missing out on really fantastic beer and we wanted to help bring that back for them." 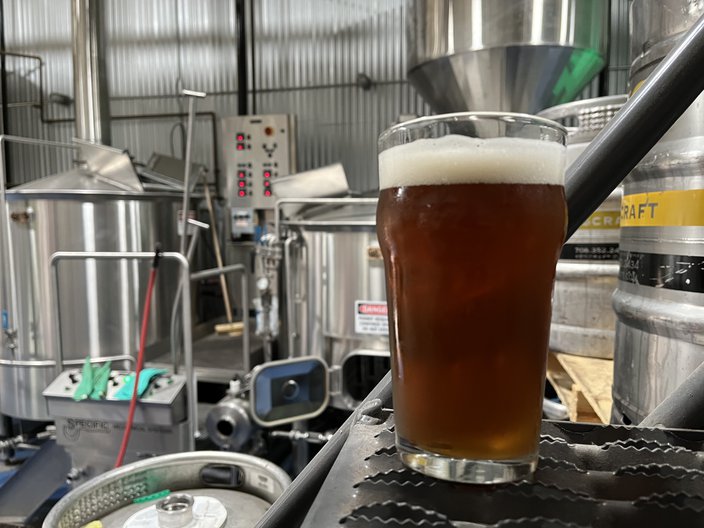 Carol Stoudt opened Stoudts Brewing Company with her husband in 1987, becoming the first female brewer since prohibition. In its 33 years of business, Stoudts made a name for itself as one of the pioneers of Pennsylvania's craft brewing industry.

At its height, Stoudts Brewing Company distributed its German-style lagers and ales to 20 states. Carol became the first female brewer in the country since prohibition when she founded the brand, and has since served as a pioneer for female brewers throughout the country.

"It's important to continue this legacy of equality and pursuit of innovation," Stoudt said. "When we closed the brewhouse in 2020 we had no intention of retiring the brand. We just needed the right situation to bring Stoudts back to the forefront of the market."

Stoudts beer will be brewed at Evil Genius' Fishtown brewery for the foreseeable future, the Philadelphia Business Journal reported. It will not yet be available in cans or bottles, but will be sold wholesale in kegs.

Though many of the beers will be re-releases from the original Stoudts brand, the Inquirer reported that Stoudts and Evil Genius head brewer Matt Lally are working on a winter beer. Carol will play a role in the revived brand, though at a limited capacity because of her retirement.