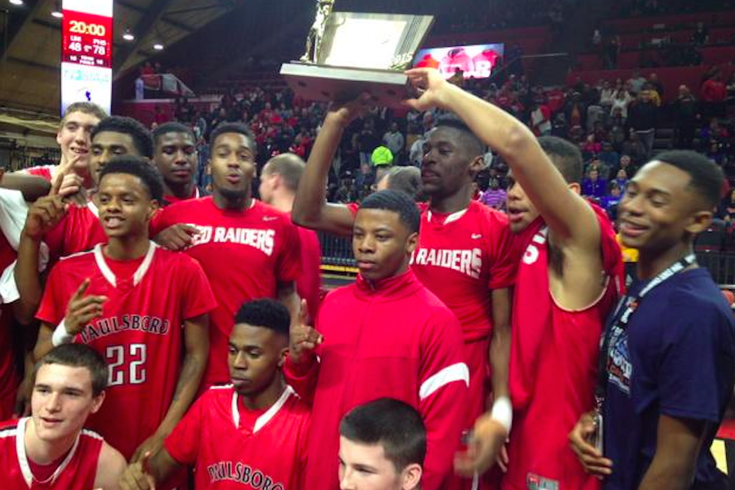 Paulsboro earned its first state title since 1996 with a win over University on Sunday.

Paulsboro secured its first state title since 1996 with a 78-48 victory over University in the Group 1 state title game Sunday at Rutgers University, Philly.com reports.

"This is what we wanted all four years. It finally happened," senior Theo Holloway told Philly.com. Holloway scored 20 points for Paulsboro on Sunday.

Paulsboro's seniors walked into the Rutgers Athletic Center on Sunday as part of a program that had collected 111 victories, three South Jersey Group 1 titles and four conference titles in the last four seasons. The only thing the Red Raiders lacked was a state title.

With the win, the Red Raiders head to the Tournament of Champions as the fifth seed and will face fourth-seeded Bergenfield, the Group 3 champion, on Wednesday, March 18.