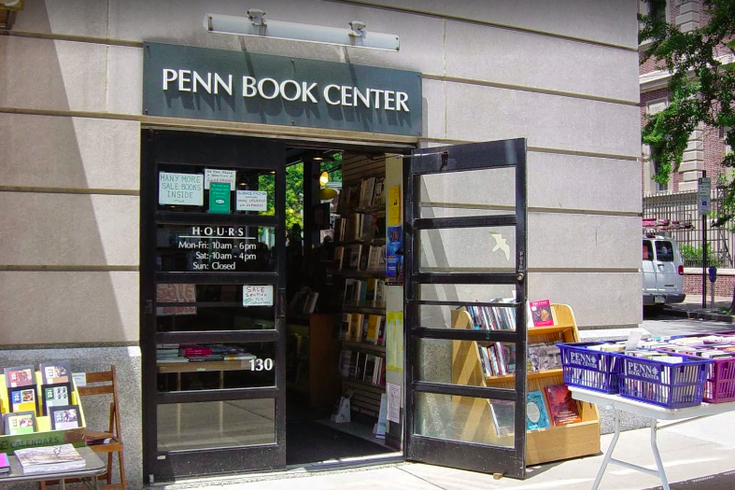 The Penn Book Center announced it would stay open through the summer to reexamine its business plan with support from its landlord, the University of Pennsylvania.

Penn Book Center announced it won't be forced to permanently close its doors this month, but instead the shop will remain open through the summer with support from the University of Pennsylvania.

Penn Book Center's management will use the extra time to create a sustainable business plan, it announced last week on Facebook.

The change of plans comes after weeks of petitions, demonstrations, surveys, and an outpouring of support on social media for the independently-owned bookstore in University City to live on.

The news that the store, which opened at 34th and Walnut streets in 1962, was closing due to financial instability hit the local literary community hard. PBC hosts many of the city's literary events, sells local writers' works, and is a watering hole for students, professors, and writers across mediums and neighborhoods. It's one of the last bookstores of its kind in Philadelphia and the country in the era of Amazon, e-readers and smartphones.

A petition calling for the University of Pennsylvania to support the center and help it build a business plan received more than 5,100 signatures. Now, the petition's creators are asking supporters to fill out a survey to help the PBC owners how to move forward.

Penn Book Center's owners Ashley Montague and Michael Row thanked the community for the support that is helping give the bookstore a second chance.

"We've talked to many people who have offered fantastic ideas, and we're excited to explore them," Montague and Row said in a statement. "We are so grateful to all of you for the amazing support you have shown our store, with special thanks to Prof. Chi-ming Yang and all our well-wishers at Penn and beyond. And you've done more than sign a petition. Our sales for the last two months have been phenomenal. So thank you. You guys are the best!"

Dear Friends, We're staying open at least through the summer to see if we can come up with a workable business plan. Thanks for all your support!
You can help us chart a direction by filling out our survey. https://t.co/gXD6COnrm1