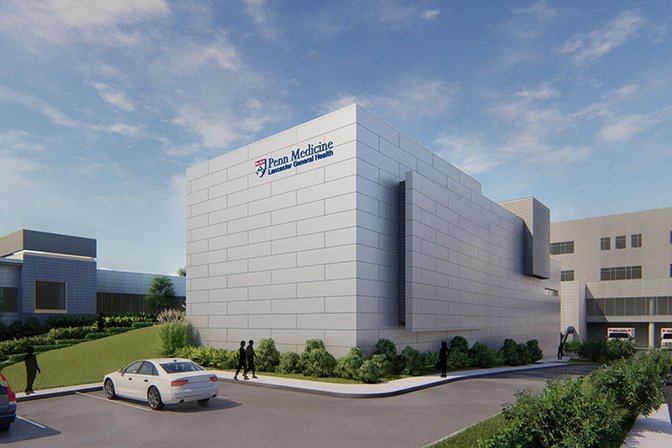 Penn Medicine broke ground Tuesday on a new facility in Lancaster, which will be one of just two sites in Pennsylvania to offer proton therapy to cancer patients.

A new cancer treatment facility in Lancaster will be one of just two sites in Pennsylvania to offer proton therapy to cancer patients.

Penn Medicine broke ground Tuesday on the facility, an expansion of its Ann B. Barshinger Cancer Institute.

The 8,000-square-foot, four-story building will be the first proton therapy center in Central Pennsylvania. Construction is expected to be completed by the fall 2021.

The project represents a $48 million investment, according to Penn.

Because it's relatively new, proton therapy availability is limited across the United States. There are currently just 28 active proton therapy centers, according to the National Association for Proton Therapy, with five more, including the Lancaster site, under construction or development.

The Roberts Proton Therapy Center at the University of Pennsylvania Health is the only proton therapy site in Pennsylvania. Since the center opened in Philadelphia in 2010, Penn radiation oncologists have treated more than 6,000 patients using proton therapy.

"Current patients who may benefit from proton therapy — especially for hard-to-treat cancers — can only receive this therapy at a handful of specialized centers across the country," Dr. James Metz, chair of radiation oncology at Penn Medicine, said in a release. "This project represents the next phase of proton therapy, further enhancing patients access."