Patients with melanoma and other skin cancers have access to advanced surgical care, innovative treatments and the latest clinical trials at Penn Medicine 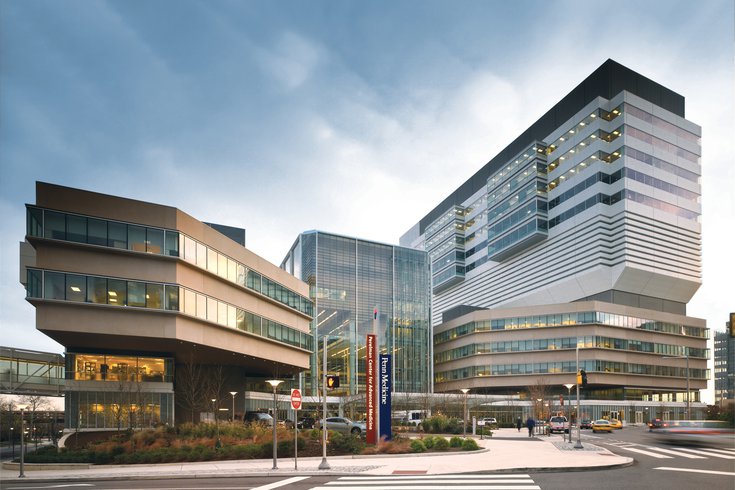 One in five people in the United States will develop skin cancer before the age of 70, making it the most commonly diagnosed cancer in both men and women.

Every day, about 9,500 people learn that they have skin cancer, including melanoma and nonmelanoma. Getting diagnosed with skin cancer is unsettling, but diligent screening and early intervention have made these cancers highly treatable for the vast majority of patients. When detected and addressed early on, five-year survival rates for both melanoma and nonmelanoma cancers surpass 90%.

More than 90% of skin cancer cases are caused by exposure to ultraviolet radiation from the sun, which poses higher risks the more frequently a person experiences sunburn events over a lifetime. Though some uncommon cases may have genetic causes, most stem from UV radiation.

Melanoma, one of the most serious skin cancers, typically appears as an irregular mole on the skin that changes with time. It is usually localized and may be found by a dermatologist during an annual skin check-up, or by a partner or family member who notices it on the patient's body.

"It can be a very aggressive skin cancer, but when caught early, it can be very treatable," said Dr. Giorgos Karakousis, a surgical oncologist who treats melanoma patients at Penn Medicine.

When a melanoma patient shows no signs of disease elsewhere, surgery alone is usually a sufficient treatment.

"We remove the melanoma with a rim of normal skin tissue around it to give a margin to make sure all of the cancer cells are out," Dr. Karakousis said.

In some cases, Penn Medicine specialists will also recommend a sentinel lymph node biopsy, which involves injecting dyes near the site of the melanoma to determine whether the cancer has spread and what stage a patient has reached. If the disease has progressed, additional treatments such as immunotherapy and targeted therapy will be used to disrupt pathways to melanoma growth.

“Immunotherapy and targeted therapy drugs have shown efficacy both in advanced stages and earlier stages, enabling us to use them preventatively to stop the further spread of melanoma throughout the body,” Dr. Karakousis said.

Nonmelanoma skin cancer most commonly will be either basal cell carcinoma or squamous cell carcinoma. Both of these skin cancers have increased significantly in the U.S. over the last 30 years.

Basal cell carcinoma typically presents as a raised, smooth, pearly bump on sun-exposed skin. These growths are sometimes mistaken for sores that don't heal. They are considered the least deadly form of skin cancer, since they are unlikely to spread to distant tissue.

Squamous cell carcinoma will show up as a hard lump with a scaly texture, or it may form an ulcer. This type of skin cancer is more likely to spread to the lymph nodes or other organs, resulting in twice as many deaths as melanoma annually in the United States.

Melanoma and nonmelanoma cancers such as the above mentioned, are usually treated using Mohs micrographic surgery, a technique led by an experienced team of experts at Penn Medicine. This procedure has the highest published cure rates and greatly decreases the odds that cancerous skin will grow back. It involves removing skin cancer tissue in stages and testing samples throughout the surgery to determine how much skin must be removed. The surgical team works with precision to preserve as much healthy tissue as possible for the best cosmetic and functional outcomes.

The Abramson Cancer Center is nationally recognized, with an outstanding rating from the National Cancer Institute, the highest possible rating for an NCI-designated comprehensive cancer center. Patients undergoing skin cancer treatment are encouraged to take part in one of three clinical trials initiated by Penn investigators to advance skin cancer treatment methods. The goal of the Abramson Cancer Center’s clinical trials is to better determine which treatments most effectively and efficiently prevent cancer reoccurrence. 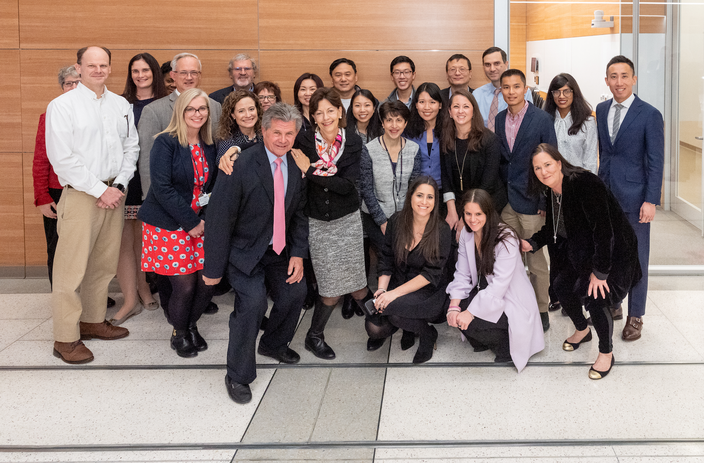 Two of the most significant clinical trials at Penn Medicine involve giving melanoma patients immunotherapy drugs before they undergo surgical procedures to remove their lesions. Used in two separate trials with patients who have stage II or III melanoma, this neoadjuvent therapy approach allows specialists to examine how well immunotherapy has worked in a patient’s tumor compared to an initial biopsy taken about a month before surgery and immunotherapy.

Learn more about the latest melanoma and skin cancer trials

"This analysis gives us information about the patient's prognosis and how likely they are to stay cancer free long-term," said Dr. Tara Mitchell, a Penn Medicine medical oncologist who specializes in skin cancers and leads several clinical trials.

For stage IV melanoma patients, another randomized clinical trial uses radiation in an effort to improve patients' immune responses to drug-based therapies. In addition to neoadjuvent therapy trials for melanoma, Penn Medicine has a developing neoadjuvent therapy trial for patients with Merkel cell skin cancer, a rare, aggressive form of skin cancer with a high risk of returning and spreading.

"All of the progress that has lead to these new immunotherapy drugs has happened in the last 10 years," Dr. Mitchell said. "Clinical trials are really the only way that we can advance cancer care and melanoma care for patients —it’s a partnership in which patients are bravely volunteering to be the first to be treated with a new approach."

"The important thing is being engaged in your care," Dr. Karakousis said. "Seeing a dermatologist routinely, avoiding the sun during peak hours, using sunscreen and conducting self-exams are all important things for people to do, particularly if they are at higher risk due to personal or family history of skin cancer."