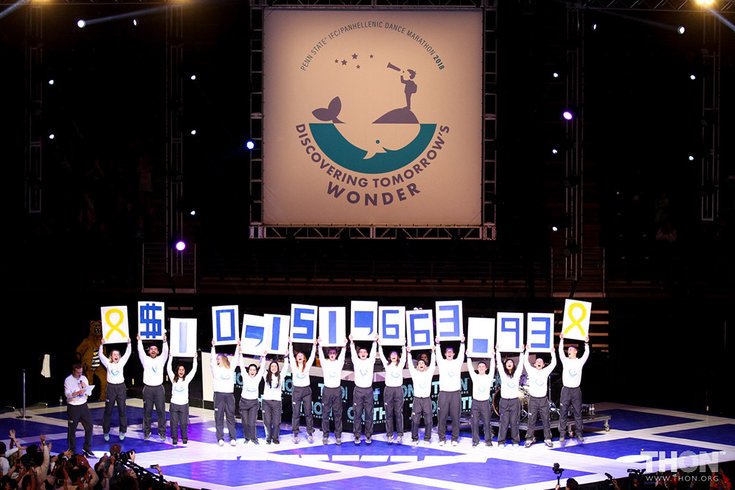 Students at Penn State University raised millions of dollars for pediatric cancer research during their THON dance marathon this weekend.

The event, in its 35th year, was held Friday to Sunday in the Bryce Jordan Center on the main campus. More than 15,000 students get involved in the event.

The funds raised by THON go directly to The Four Diamonds Fund, a charity devoted to defeating pediatric cancer through research and patient care at the Penn State Hershey Children's Hospital.