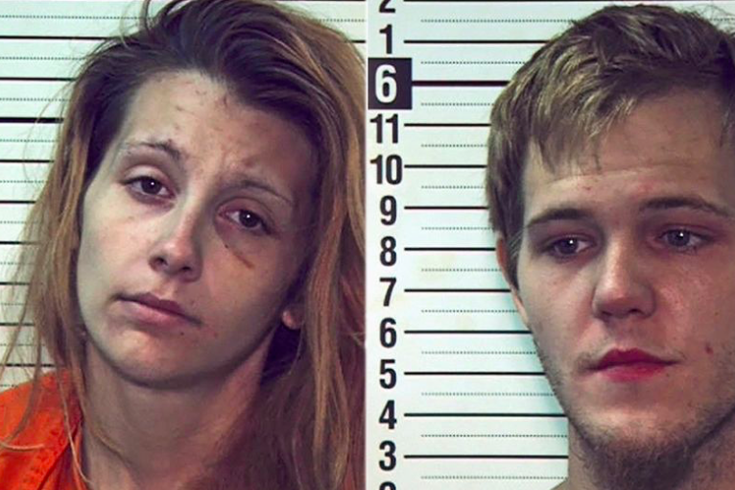 Authorities in northern Pennsylvania have filed charges against a man and woman who allegedly tortured four children they had been babysitting for a week in late July.

State police announced charges this week against Jakayo Scott Frye and Shyann Marie Hills, both 22, for a long list of alleged crimes that took place as they watched the children of a woman who went on vacation to North Carolina, according to the Associated Press.

Investigators said the victims' mother paid Frye and Hills $100 to watch the kids at a trailer home in Rome, located near the New York border.

Over the course of the next six days, Frye and Hills allegedly subjected the children to physical and psychological torture.

Police interviews with the juveniles and their siblings took place after their mother picked the kids up and found one of her daughters in need of medical attention.

Authorities learned that the children allegedly had been beaten, deprived of sleep for a full day, tied up with restraints and forced drink to drink urine — their own and a dog's, according to prosecutors.

The victims, who ranged from eight to 14 years old, sustained a variety of injuries during their time with Frye and Hills, police said.

Charges against the pair include aggravated assault, false imprisonment, unlawful restraint and child endangerment. They are being held at the Bradford County Correctional Facility in Troy, where Frye's bail is set at $750,000 and Hills' was set at $500,000.