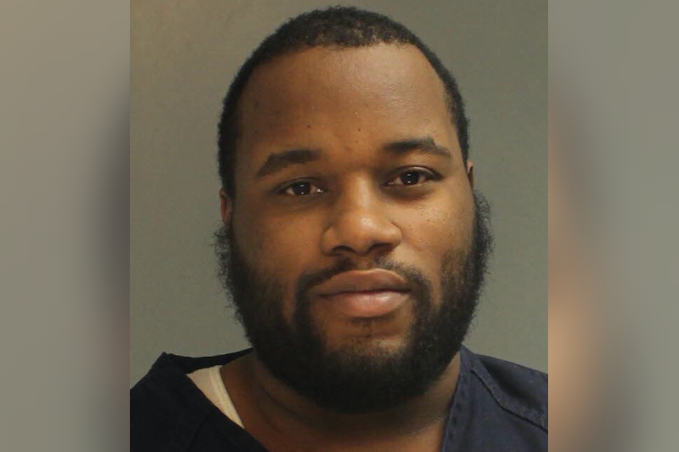 Namar Ikeam Plummer, 28, of the unit block of Plaza Street in Marcus Hook

A former Chester High School security guard is facing up to 30 years in prison after he was convicted of forcibly having sex with a teenager, an act that later surfaced on social media from an anonymous source, prosecutors announced Monday.

Tamar Ikeam Plummer, 28, of Marcus Hook, was found guilty of felony sexual assault and sexual abuse of a child for creating child pornography.

Authorities began investigating Plummer after a video of the incident turned up online in late August 2017. The incident took place in Marcus Hook, according to prosecutors.

Investigators determined that Plummer had nonconsensual sex with the 16-year-old victim at his home and recorded the assault on video.

The victim told authorities that the assault took place in July 2017. She said she knew Plummer as "Mar," a security guard from Chester High School, and that she was held at gunpoint and forced to have sex with Plummer.

"There is no act more horrific and appalling than the sexual abuse of an innocent child by someone in a position of trust,” Delaware County District Attorney Katayoun M. Copeland said. “Mr. Plummer used his position of trust to prey on a child he was supposed to protect, and caused her even further emotional damage by video recording the sexual assault. The victim demonstrated incredible courage by coming forward and providing detailed testimony, ensuring that the defendant will be held accountable for his actions."

Plummer's bail was revoked and he remains held at George W. Hill Correctional Facility in Glen Mills. Sentencing is scheduled for Oct. 23.