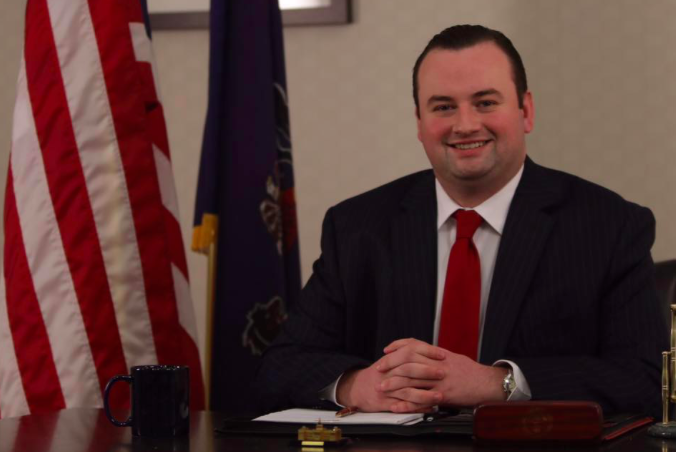 Pennsylvania House candidate Danny DeVito and a small group of businesses have petitioned the U.S. Supreme Court to lift the stay-at-home order imposed by Gov. Tom Wolf during the coronavirus pandemic.

A small group led by a western Pennsylvania man running for state office has filed a request with the U.S. Supreme Court to overturn Gov. Tom Wolf's coronavirus stay-at-home order.

Allegheny County Republican Danny DeVito – who is not the famed actor from "It's Always Sunny in Philadelphia" – joined forces with several businesses to file the request on Monday night. The group, Friends of Danny DeVito, failed in previous attempts to petition the Pennsylvania Supreme Court.

"The Executive Order has and is continuing to cause irreparable harm to the Petitioners and all those businesses and entities in the same non-life-sustaining classification as Petitioners," the group's latest court filing says, according to WLS 890 AM.

DeVito, 27, is running for state representative in Pennsylvania' 45th District on a pro-drilling, pro-industry platform, TribLive reported in January. DeVito said he was banking on his name giving him a bit of a boost.

"What I'm hoping for is that they'll get to know me for who I am, but then the name, it will stick in their heads and they'll say, 'Oh, I know another Danny DeVito who is a Republican running for state rep,'" DeVito said.

In his petition to the Supreme Court, DeVito is joined by a cast that includes realtor Kathy Gregory, B & J Laundry LLC, Caledonia Land Co. and Blueberry Hill Public Golf Course & Lounge. Notably the governor announced Monday that golf courses, marinas, and private campgrounds will all be permitted to reopen on May 1.

The group's petition comes after opponents of Wolf's stay-at-home order demonstrated in Harrisburg last week in a bid to reopen Pennsylvania's economy.

Wolf outlined a three-phase plan to reopen the state by region, depending on progress reducing the rate of coronavirus infections.

As of Tuesday, Pennsylvania has recorded more than 47,000 cases of COVID-19 and more than 1,700 deaths, making it one of the hardest-hit states in the country. The pandemic has already claimed about 1.5 million jobs in Pennsylvania.

The University of Washington's Institute of Health Metrics & Evaluation recently modeled recommended opening dates for each state, putting Pennsylvania among a group that may be ready by May 27. The modelers note that eased restrictions will result in higher coronavirus transmission rates and corresponding deaths in states that return to normal too quickly.