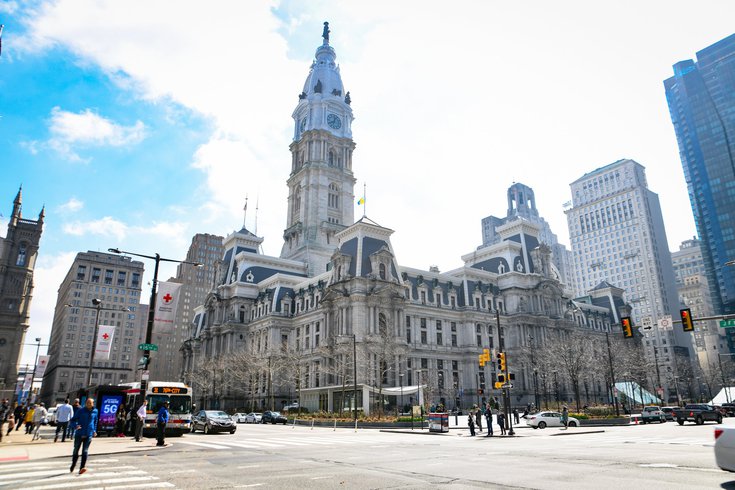 Philadelphia City Controller Rebecca Rhynhart released a report on projected tax revenue losses the city will face as a result of the coronavirus crisis.

Philadelphia could see tax revenues decline between $344 million and $674 million over the next two fiscal years as a result of the coronavirus pandemic, the independent City Controller's Office announced in a report released Monday.

Large revenue shortfalls have been a foregone conclusion since non-essential businesses across Philadelphia shuttered under the state's stay-at-home order. The potential extent of the damage has largely remained a black box, even as the city scrambles to reshape its budget.

The estimates from the controller's office are based on a variety of data sources tracked during the unfolding crisis, from unemployment numbers and historical city tax collections to economist reports and sector-by-sector analyses.

Using wide ranges for revenue shortfalls, the report projects both moderate and severe impact scenarios of the COVID-19 crisis. It aims to the landscape of what city finances may look like through the end of 2021, offering city residents a measure of transparency about what potentially lies ahead.

"We need to be preparing for something leaning toward severe, just because of the possible length of the shutdown," City Controller Rebecca Rhynhart said Monday afternoon. "It's very fluid and this is meant as an analysis to say, 'This is the scale of what the city is facing.'"

In the moderate impact scenario, Philadelphia's stay-at-home order would last between 8-10 weeks total, resulting in a six-month shock that returns to pre-crisis levels by the first quarter of the 2021 calendar year.

The severe impact scenario – if the stay-at-home order continues into June or beyond – considers extended contractions of multiple economic sectors.

Both scenarios attempt to account for prolonged closures in the hardest-hit sectors and the possibility of a second wave of COVID-19 later this year.

The most significant revenue impacts will be felt in the wage tax, Business Income & Receipts Tax and sales tax, according to the analysis.

Wage taxes, the city's largest revenue source, will be heavily impacted by unemployment. In the severe impact scenario, Philadelphia stands to lose about $259.4 million in wage tax revenue through the duration of the coronavirus crisis. The more moderate projection still puts that number closer to $108 million.

Several other taxes, from those on amusements to real estate, parking and the soda tax, also stand to cost Philadelphia millions over the next two years.

The sector by-sector projections for each scenario paint stark losses from the businesses in the restaurant, hotel, entertainment and retail industries. Even a moderate projection for the restaurant industry would see a 37% decline in wage tax revenue in the first quarter of fiscal year 2021. The severe projection would put that figure closer to 59%.

The report comes as Philadelphia Mayor Jim Kenney prepares to present a revised budget to City Council on May 1. The mayor previously had proposed a $5.2 billion budget — about a 4.2% increase in spending — that is now being pared down as a result of the crisis.

Kenney warned earlier this month that Philadelphia faces a severe budget impact from the crisis, but the mayor has otherwise declined to be specific about pending cuts and anticipated revenue losses.

As for the possibility of tax increases down the line, Rhynhart doesn't believe that's a good strategy for Philadelphia.

"I think that it can be managed through other means" Rhynhart said. "I think that we already have a high tax burden on our people here, but we'll see what the mayor proposes on Friday."

In the short term, Rhynhart said the city may look to fill some gaps through federal reimbursement provided in the CARES Act. Unplanned expenses, such the $85 million emergency appropriations bill passed by City Council earlier this month, should be covered by this program.

Another program from the U.S. Treasury and Federal Reserve provides loans to cities with a population over one million, which makes Philadelphia among those eligible to borrow up to 20% of its revenues, Rhyhart explained. The city would then repay those borrowed funds in 12-24 months.

"It's like a bridge loan," Rhynhart said. "That is a resource that should be looked at and it's a good one to have, because not many cities are eligible for it."

The controller's officer report did not factor in federal and state resources that could be used to offset some of Philadelphia's losses.

"I think Philadelphia has many, many years of budget increases," Rhyhart said. "The last few years, the increases in the budget have been pretty large, every year. It needs to be cut back on — and it's not easy. It's definitely not easy to tackle something like this, but we'll get through it."