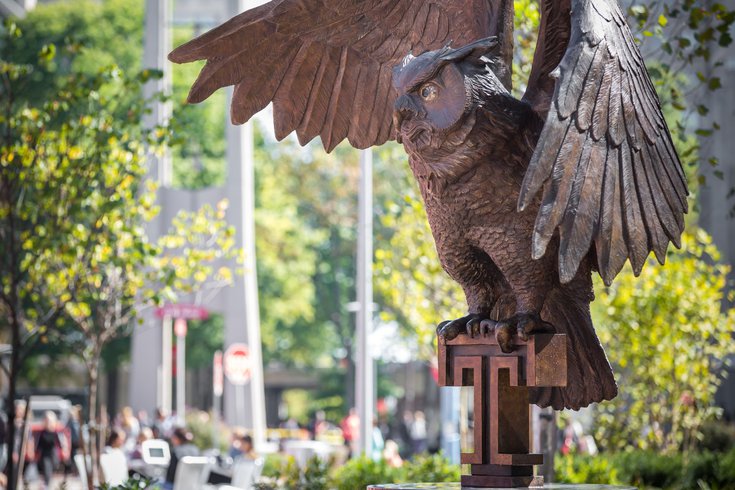 Temple University plans to freeze tuition rates for the 2020-21 academic year due to the coronavirus pandemic.

Temple University students may not see an increase in their tuition next fall.

President Richard M. Englert announced plans to freeze tuition costs for all undergraduate and graduate students due to the coronavirus pandemic's effect on the economy.

The proposed freeze will apply to both in-state and out-of-state students for the next academic year. The measure first needs to be approved by the university's Board of Trustees, which next meets on May 12.

“With the economy in its current state, we could not in good conscience propose an increase in Temple’s tuition,” Englert said in a statement issued Monday. “Students have had to face many challenges in recent months. A tuition increase should not be one of them.”

If the board approve the freeze, it would mark the second consecutive year that Temple did not increase tuition costs. Undergraduate tuition has remained at $16,970 for in-state students and $29,882 for out-of-state students since the 2018-2019 academic school year.

Penn State University also announced plans to freeze tuition costs for its third consecutive year. If approved by the university's board, which will meet in July, it would keep undergraduate tuition at $18,454 for in-state students and $34,858 for out-of-state students.

“No one knows how long this pandemic and the associated economic disruptions will last, but we want to do our part to ease the strain on our students by letting them know as early as possible that their tuition will not increase for the next academic year," Penn State President Eric J. Barron said in a statement.

Last year, the Pennsylvania State System of Higher Education unanimously decided to freeze tuition costs for the 2019-2020 academic year for all 14 public colleges and universities. The Board of Governors is expected to meet this week to vote on tuition rates for the 2020-21 school year.

Many students across the country have asked for refunds since schools began transitioning to online learning in mid-March. While schools continue to charge tuition and fees, many schools, including Temple and West Chester University, have reduced and refunded some charges for amenities that cannot be utilized without being on campus, according to a report by the Philadelphia Inquirer.