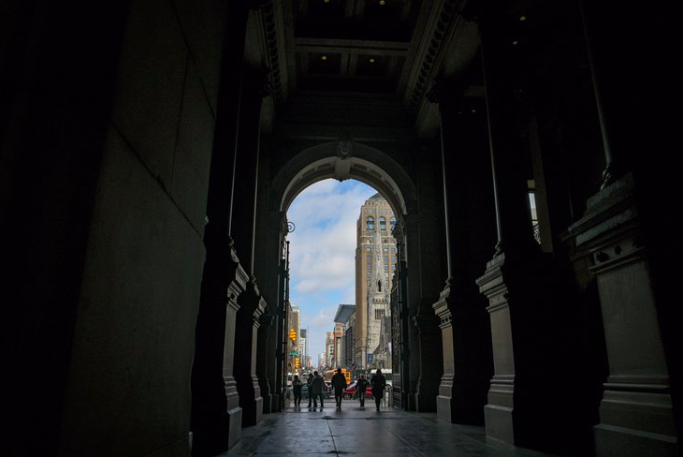 Philadelphia will revise its five-year budget plan in light of the unprecedented scope of the coronavirus pandemic, which continues to deplete the city's financial resources, Mayor Jim Kenney said.

The mayor alluded to upcoming challenges during Tuesday's daily briefing on the crisis. Kenney submitted a $5.2 billion budget proposal to City Council early last month. But it will now require some difficult amendments.

"It is clear that with shuttered businesses and jobs lost throughout the city, region and nation, our budget is no longer a realistic spending plan," Kenney said.

Prior to the crisis, Kenney's budget had called for a 4.2% increase in spending without any increases in taxes. New programs to reduce poverty and violence were among the mayor's primary goals.

Large emergency expenditures to manage the city's coronavirus response have been made alongside plummeting revenues. The typical flow of city wage and business taxes, use and occupancy taxes, and liquor taxes have dried up over the last month.

“I can tell you that we anticipate that the city will face a substantial increase in expenditures and significant decrease in tax revenue because of the larger economic impact of COVID-19,” Kenney said. “While it is too early to quantify that impact, it is likely to be hundreds of millions of dollars. That means we’ll have to make difficult decisions on city spending, the likes of which have never before been needed.”

The problem is compounded by the fact that the pandemic is also functioning as an economic depression, Kenney said.

"I don't know that the city has ever gone through two simultaneous crises," Kenney said.

As cities around the country face steep declines in revenue, it isn't yet clear what role the federal and state governments may play, if any, in helping them balance their finances.

Kenney asked the city's finance director to revise the five-year plan to ensure that the budget is balanced as required. The new budget proposal will be presented to City Council on May 1.

Kenney noted that while the recovery will be difficult, especially over the next year or two, the city's past experience with the 2008 recession offers some optimism that city finances will be turned around.

"It won't be forever, but it will be painful," Kenney said.

Another 20 fatalities were confirmed, bringing the city's total to 65. Among them, 26 were long-term care facility residents and 66% of fatalities were individuals over the age of 70.

Philadelphia hospitals currently are treating 554 patients with COVID-19, while 956 people are hospitalized across the region. The total number of inmates who have tested positive is now 58.

As the city continues to collect data on cases and deaths, more detailed demographic information about the impact of the virus in Philadelphia will be provided.

"I'm hopeful that in the not-too-distant future, we will see a plateauing of the number of new cases of infection," Farley said. "But the number of new people who die from this is going to lag behind that, so this number of deaths will probably continue to rise over the next few days to couple of weeks."