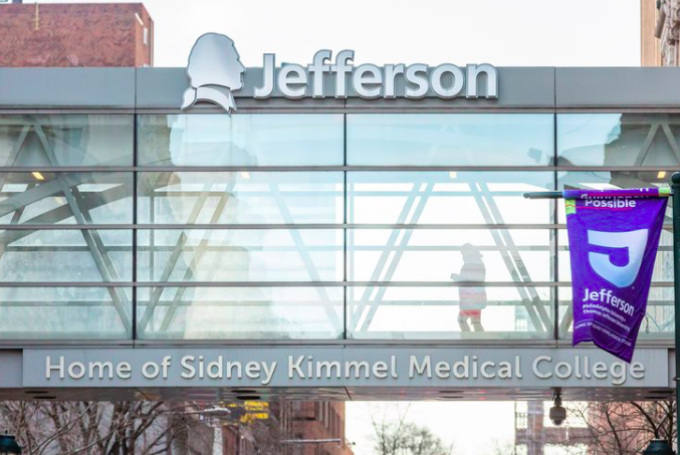 The Jefferson Vaccine Center in Philadelphia is working on a SARS-CoV-2 vaccine that uses the rabies vaccine as a carrier for the spike protein antigen seen in the coronavirus. The vaccine would provide immunity to both rabies and SARS-CoV-2, which causes COVID-19.

Scientists at Thomas Jefferson University are working on a COVID-19 vaccine that will utilize an existing rabies vaccine as a carrier for the SARS-CoV-2 antigen.

Developed by the Jefferson Vaccine Center, CORAVAX aims to leverage the manufacturing hubs and supply chains that are already in place for the rabies vaccine. The group's previous vaccines were proven safe and effective in animal models when used as carriers in response to the 2003 SARS and 2012 MERS epidemics.

“The benefit is that the ‘carrier’ vaccine has already been rigorously tested and shown to be safe and effective," Jefferson Vaccine Center Director Matthias Schnell said. "There are manufacturing plants around the world already running and with the technological know-how to produce large quantities of that vaccine. We can leverage that efficiency and safety record.”

Instead of using the entire SARS-CoV-2 virus, the Jefferson team has embedded its characteristic spike protein within the killed rabies vaccine to induce antibody responses against both diseases. Schnell and his colleagues describe the carrier method, a common feature in vaccine development, as "piggybacking" on another virus.

The advantage of the Jefferson vaccine is that it can be produced at a relatively low cost and in a timeframe that potentially could meet global demand. At least 20 manufacturing facilities around the world make about 100 million doses of the rabies vaccine each year.

Since the rabies vaccine can be produced in a shelf-stable, dehydrated form, it would not require minus 80 degree centigrade freezer storage. That would make it easier to reconstitute in any location.

“This pandemic is likely to reach every corner of our planet,” said Mark Tykocinski, provost and executive vice president for academic affairs of Thomas Jefferson University. “That is an unprecedented scale. We need a vaccine that’s not only safe and effective, but also one that can be made to scale and in a way that can get to potentially all the world’s population. CORAVAX has that potential.”

The Jefferson team already has begun testing the CORAVAX vaccine in animal models and hopes to soon move into phase I clinical trials for people. Discussions with a large vaccine manufacturer also have begun, the researchers said.

CORAVAX is one of numerous potential COVID-19 vaccines currently in development, including products by Moderna, Inovio and the University of Pittsburgh Medical Center.

Most scientists and regulators believe safety clearance and mass production of a SARS-Cov-2 vaccine is at least 12-18 months away. An accelerated pace for human clinical trials shows that some of the best vaccine candidates may follow an unprecedented timeline to match the urgency of the coronavirus pandemic.