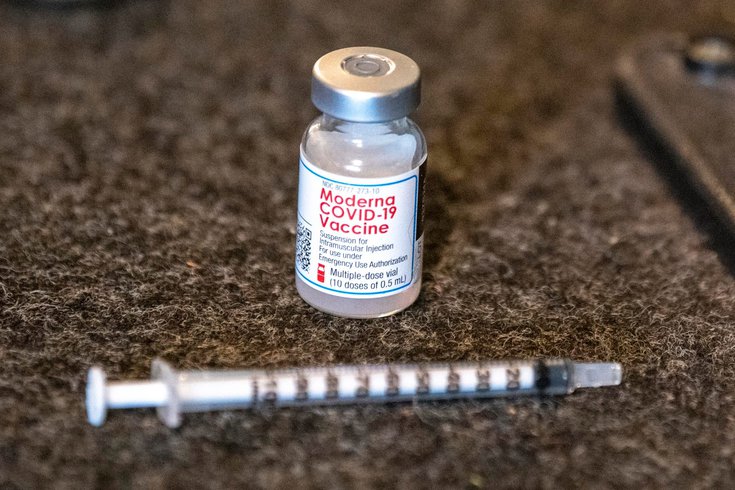 As of Tuesday, 90% of Philadelphia's adults have had at least one vaccine dose. About 61% of the city's eligible population, including children ages 5 and older, is now fully vaccinated.

Philadelphia's daily COVID-19 tally jumped to 1,667 cases one day last week and similar increases are expected to happen statewide Monday, but this is not due to a huge wave of new infections.

The city added all 1,519 of its reinfections tallied since the beginning of the pandemic to its total case count on Wednesday, and the rest of the state's counties will be adding reinfections to their tallies Monday, a spokesperson for the Pennsylvania Department of Health told the Morning Call. Reinfections previously were not counted as separate cases.

A reinfection is defined a person who tests positive a second time at least 90 days after testing positive for the first time, according to a tweet from Philadelphia Public Health.

As of today, we're now including reinfections in our case count. Today's jump in new cases is b/c we're including all of the reinfections from throughout the pandemic. A reinfection is when a person tests positive a 2nd time at least 90 days after their 1st time testing positive.

Philadelphia and state health officials are following the lead of the U.S. Centers for Disease Control and Prevention, which also is including reinfections, said James Garrow, a spokesperson the city's health department. He noted that the state requested the city make the change, and that it's now a standard practice nationwide.

The change in the way the city calculates its COVID-19 cases came as city health officials shared news about the city's vaccination rate.

As of Tuesday, 90% of the city's adults have had at least one vaccine dose. About 61% of the city's eligible population, including children ages 5 and older, is now fully vaccinated.

The news follows Camden, New Jersey, passing a similar milestone late last month. Over the summer, officials worried about the city's low vaccination rate, and began a campaign to inoculate 70% of its adults, a goal that was reached Oct. 22.

At present, 53% of the eligible population in the city is fully vaccinated. That rises to 64% in Camden County.

In Gloucester and Burlington counties, 58% and 71% of their eligible populations are fully vaccinated, respectively.

In Southeastern Pennsylvania, Bucks County has 58% of its eligible population vaccinated while Montgomery and Delaware counties have 59% and 58% respectively.