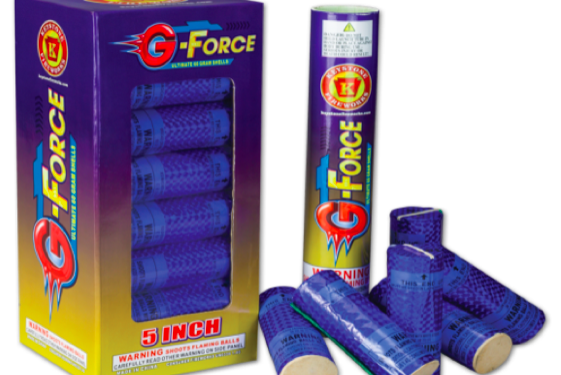 Keystone Fireworks has recalled the G-Force Artillery Shell Fireworks sold at seven Pennsylvania stores due to a warning from the Consumer Protection Safety Board. Those who bought the fireworks can return them for a refund.

A fireworks distributor in Pennsylvania and two other states has recalled nearly 1,700 explosives that were "overloaded with pyrotechnics" and could be hazardous, the Consumer Product Safety Board announced.

Keystone Fireworks recalled its G-Force Artillery Shell fireworks on June 26 with a notice from the CPSB.

"The recalled fireworks are overloaded with pyrotechnics intended to produce an audible effect, violating the federal regulatory requirements for this product," the CPSB said in a statement. "Overloaded fireworks can result in a greater than expected explosion, posing explosion and burn hazards to consumers. The fireworks are banned hazardous substances and are prohibited from being sold under the Federal Hazardous Substances Act."

The fireworks, manufactured in China, were sold at seven Pennsylvania locations from Nov. 2018 through May 2019. Keystone Fireworks has stands in Bradford, Lancaster, Matamoras, Gettysburg, Nottingham, Greencastle and Wilkes Barre. The G-Force Artillery Shell fireworks were sold for a price of $60.

Recalls of the fireworks also were issued for sales made at stores in Michigan and Indiana. The G-Force Artillery Shells were sold in boxes of six. The shells are about 5 inches long, 2 inches in diameter, and are covered in a blue wrapping.

Consumers who purchased these fireworks are eligible for a refund at any Keystone Fireworks location. The store can be contacted at info@keystonefireworks.com or by phone at 717-299-3180 from 9 a.m. to 9 p.m. ET, Monday through Friday.