An intense battle over the legality of the requirement was decided Friday, but schools districts can still impose their own rules 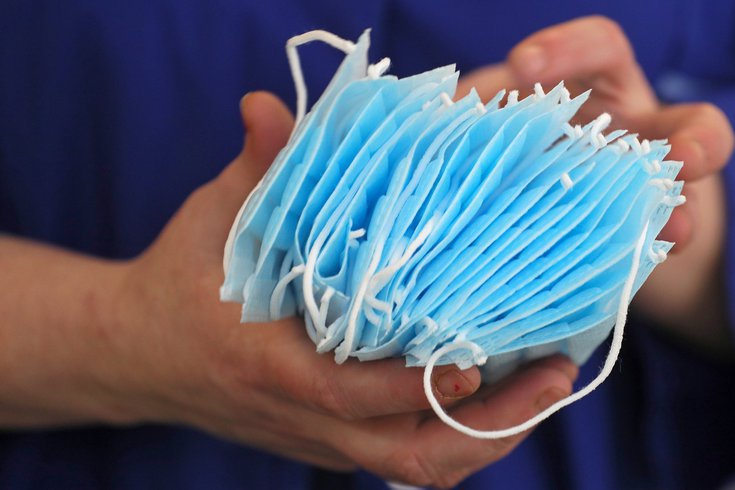 Friday's ruling by the Pennsylvania Supreme Court end the statewide school mask mandate. The Wolf administration had been challenged by Republican lawmakers and groups opposed to the requirement. The decision does not prevent school districts and schools from adopting their own face mask rules to prevent the spread of COVID-19.

The Pennsylvania Supreme Court ruled Friday that the state's COVID-19 mask requirement for schools is not valid and was imposed without legal authorization. The order covered all students and teachers in K-12 schools and child care centers in the state.

The mask order took effect in early September, near the start of the academic year, in the midst of the delta variant surge, and became the subject of an intense legal battle led by Republican state lawmakers and a group of parents, schools and districts opposed to the rule. They had sued the state over the mask order, arguing that it bypassed public input in the legislature and violated Pennsylvania law.

Individual school districts and schools still can decide to require masks on their own. The School District of Philadelphia had already said that its school mask mandate would remain in place for students and teachers despite the outcome of the case, which went through several appeals.

In mid-November, a lower court ruled that the mask order could not remain in place during the appeals process, but the Supreme Court then decided to keep the statewide order temporarily in effect, pending the outcome of its decision Friday.

The Supreme Court justices upheld the lower court's ruling that acting Pennsylvania health secretary Alison Beam did not have the authority to enact the mask order, failed to follow state laws concerning regulation and did so without an active disaster emergency declaration from Gov. Tom Wolf in place.

The justices heard oral arguments in the case earlier this week and announced their decision in Philadelphia on Friday, though a written opinion explaining the reasoning in detail will be issued at a later date. The Supreme Court is composed of five Democrats and two Republicans. Justice Thomas Saylor, a Republican who will soon retire due to the court's age requirement, did not participate in the vote.

The acting health secretary's appeal, represented by the Attorney General's Office, was based on the argument that the mask order was a "modified disease control mechanism" intended to curb the spread of the delta variant.

Wolf had announced in November that he planned to return decisions about masking to the school districts in mid-January. His administration intended to keep the mask order in effect for child care and early learning center programs, but Friday's ruling makes that no longer possible.

The State Supreme Court's decision comes as COVID-19 cases rise in Pennsylvania and the rest of the United States. There also are uncertainties about the omicron variant and the impact it will have as it becomes more prevalent in the weeks and months ahead.