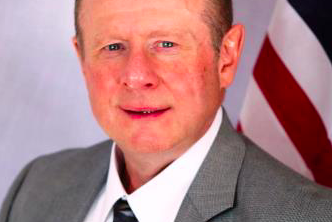 Nearly four months after a western Pennsylvania sheriff put out a call for a Posse of armed volunteers, a total of 452 people have pledged to join his ranks.

Clearfield County Sheriff Wes Thurston, whose jurisdiction sits about 110 miles northeast of Pittsburgh, welcomed his new posse during a meeting last Thursday at Hyde Wesleyan Church, according to The Progress News.

In January, after a call for applications, Thurston described the responsibilities of the position.

The Posse is a volunteer group who are willing to assist the Sheriff with non-confrontation tasks and duties such as gathering information, helping to look for lost hunters, children, endangered persons, or lost items of importance. Also, the Posse may be requested to respond to form a perimeter around an area which has incurred a natural disaster or accident to warn persons entering of the danger. The Posse members will have supervisors present to ensure the actions of the Posse are appropriate.

Thurston's invitation attracted more than just his volunteers, who represent various fields ranging from medicine and corrections to the military and legal profession. Several area businesses also signed up to provide food, vehicles and tow trucks in the event of emergencies.

In total, the posse will be split into five regions covering all parts of the largely rural Pennsylvania county.

“I thank you for your willingness to share your time, resources and talents,” Thurston told the crowd. "We're just getting started."