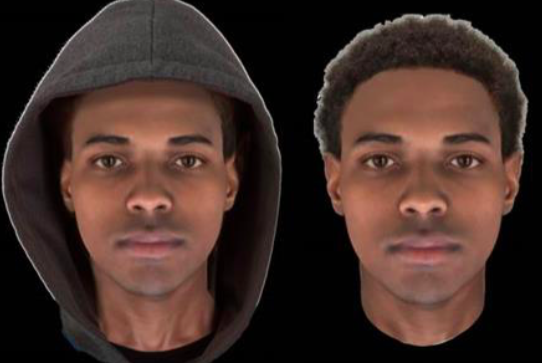 Investigators in Montgomery County are hoping that an emerging technology will lead them to the man who held a woman at gunpoint and sexually assaulted her last August at Norristown Farm Park.

The technology, developed by Parabon NanoLabs in Reston, Virginia, is explained here and in the video below, where a composite Snapshot of one its creators reveals an impressive resemblance.

On the morning of Aug. 1 a 19-year-old jogger was held at gunpoint by a masked attacker and raped in broad daylight at the Norristown Farm Park. Months later, investigators have yet to track down the suspect.

"Since we have our attacker's DNA, we know who he is—we just don't know his name or where he lives," said Montgomery County District Attorney Kevin Steele. "While the composite is not expected to be a photo ID of the suspect, phenotyping puts a face on the rape suspect's DNA in the hopes that someone might recognize him and contact detectives."

Steele said Montgomery County and West Norriton detectives have ruled out dozens of people since their investigation began five months ago. Looking to breathe new life into the case, they took their suspect's DNA to Parabon to generate a composite Snapshot.

The report from Parabon determined the suspect is of "African admixed" ancestry — 52.48 percent European, 45.27 percent African. The Snapshot, using only DNA, is based on the company's default setting of 25 years old and a Body Mass Index of 22.

While some see promise in phenotyping as an investigative tool, others in law enforcement and human medical genetics have expressed doubt that it will prove reliable to detectives without thorough critical testing of its accuracy.

Steele's office and the Citizens Crime Commission of Delaware Valley are offering a $10,000 reward for information leading to the identification and arrest of the person responsible for the rape.

"We hope Snapshot's predictions for this individual prove helpful in the investigation," said Dr. Ellen Graytak, Parabon's director of bioinformatics. "His distinctive ancestry and associated phenotypes should significantly narrow the field of possible suspects."

Anyone who thinks the composite illustration resembles someone they know is asked to call Montgomery County Detectives at (610) 278-3368 or West Norriton Township Police at (610) 630-1701.