Philadelphia Museum of Art workers unionized 2 years ago, but they're still fighting for a contract

Earlier this month, AFSCME Local 397 held a public rally with more than 2,000 supporters on the Art Museum steps, renewing its push for job security and increased benefits 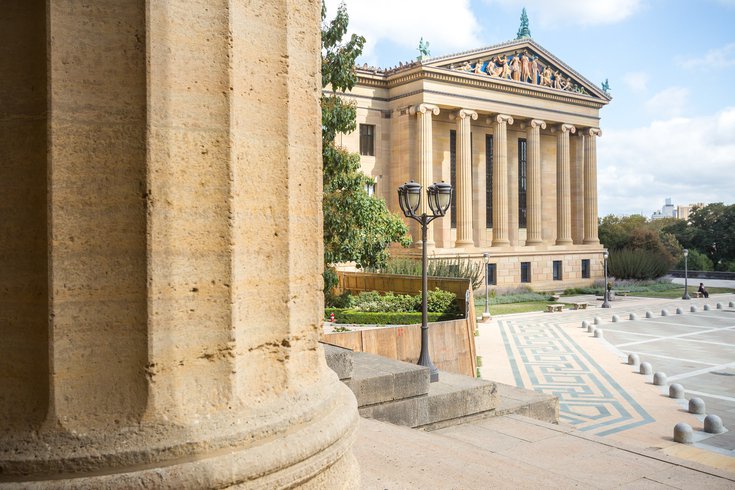 Workers at the Philadelphia Museum of Art voted with 89% approval to form a labor union nearly two years ago. Since then, AFSCME Local 397 has been locked in negotiations with senior management at the beloved institution in an effort to reach their first union contract.

Though workers went public with their efforts to unionize and later formed their unit in August 2020, organization efforts began much earlier than that. In 2019, an open-source "salary transparency" spreadsheet went viral among museum and culture sector workers around the country.

As part of an ongoing project from a group called Art + Museum Transparency, the spreadsheet asked museum workers if they would be willing to list their positions, workplaces, salaries and the additional benefits they receive. Though the initial spreadsheet has not been updated since Dec. 31, 2019, the anonymous document is still available to view, with more than 3,000 entries.

When Adam Rizzo, museum educator and union president, first became aware of the spreadsheet, he and several of his colleagues from the Philadelphia Museum of Art added their salaries. It soon became apparent among workers at the museum, and at other similar museums across the country, that there were deep pay inequities among museum staff at all levels.

"When I first saw it (the spreadsheet) I was scandalized by it because I was, like many people, indoctrinated to believe that we don't talk about salaries," Rizzo said. "We don't talk about money. There's (also) this idea among those working in the nonprofit or arts and culture sector that we don't do this for the money. It really kind of blew the door open for a lot of us."

Rizzo has worked within the museum's Division of Education since 2014, and is currently serving his second year as president of Local 397, the art museum's union. So much of the early days of organizing the union, Rizzo said, were spent simply getting to know co-workers and colleagues in all positions at the museum, which was not common prior to the movement to unionize.

As a result, workplace culture has shifted dramatically since the union was first formed, he said. By forming a community of like-minded workers at the museum, Rizzo said organizers were able to see that similar problems happening in his department were also happening in other departments.

Though negotiations with leadership at the museum have been ongoing for nearly two years, Rizzo said they have spent the last several months bargaining over economic issues, like pay increases, job security, health care and other benefits for workers at all levels.

"The stumbling blocks are not surprising, where there is the largest disagreement between our unit and senior management, and most things revolve around issues like job security," Rizzo said.

When we say @philamuseum is one of the wealthiest art museums in the US, we are stating fact. @MuseumDirectors data shows PMA's $60m budget puts it in the top 16 of 206 art museums.

And yet we're paid on avg 17% less than median pay for our jobs across *all* US art museums🤔 https://t.co/lwNcIFrITC pic.twitter.com/edE6bXBaR6

Though massive layoffs at museums and other arts-centered businesses at the beginning of the COVID-19 pandemic sent workers home for long periods of time, the museum has been continuing to re-staff its facility.

However, according to Rizzo, some people are being hired for term positions, rather than full-time, permanent positions. Many of these jobs were not considered temporary or term positions in the past, so the union is working to ensure that new workers still have access to health care options and other benefits that are commonly associated with full-time employment.

Other issues, including pay increases and health care benefits, have shown union members and museum workers how "wildly depressed" their salaries are compared with like-sized, comparably funded museums around the country, Rizzo said. The counter offers presented by senior management in response to the union's demands have been "insulting" at times, and the union is now fighting for a major correction in their first contract, he added.

"I've been at the museum for eight years and it has never been a guarantee that workers will receive any kind of cost-of-living increase over the course of their tenure here," Rizzo said. "In fact, most workers haven't received any kind of raise in the last three years."

This sentiment was echoed by other Philadelphia Museum of Art workers at a rally on the museum steps last week. More than 2,000 labor workers, organizers, art museum members and city residents joined the union to support its push for a contract.

Sarah Roche, who has worked as a label technician at the museum since 1997, told Hyperallergic that she has not had a "meaningful raise in a long time, not since the Bush administration." Rizzo said in a statement last week that a museum with a $60 million annual budget should not have staff who are forced to work multiple jobs to get by.

The union is also fighting for more affordable health care, and for a paid family leave policy. Rizzo said his colleagues have had to save up sick and vacation days for years in order to retain a salary when they have children.

"The museum respects the right of the union to make their voices heard, and is dedicated to making further progress together in the negotiations," a spokesperson for the Philadelphia Museum of Art told PhillyVoice. "The museum and the union have reached agreement on over two dozen proposals covering a number of issues, ranging from the establishment of a labor-management committee to anti-harassment. Negotiations over a first contract can often take two or more years. The museum continues to meet regularly with the union and is committed to reaching a fair and appropriate contract."

Another turning point for workers beginning to unionize were two high-profile cases of alleged abuse by managers and leadership at the museum, both of which were reported heavily in 2019.

The abuse allegations originally resulted in a "workplace assessment" in 2020, in which workers were able to voice their concerns with a third-party group.

The third-party group tasked with overseeing the workplace assessment did not investigate these allegations, but the ability to voice concerns publicly enabled workers to talk to one another, which "really got things started," Rizzo said.

Just a few months ago, the union voted to establish a strike fund in the event that the union votes to strike and walk off the job. While there are no plans or proposals to do so, Rizzo said the public rallies have been "instrumental" in helping to raise money for the strike fund from individual donors and members of other labor unions.

Last week, AFSCME president Lee Saunders pledged to donate an additional $25,000 to the strike fund, though it is unclear how much the union has raised since implementing it. The group plans to hold more rallies in order to raise awareness and push museum leadership to act on establishing the union's first contract.