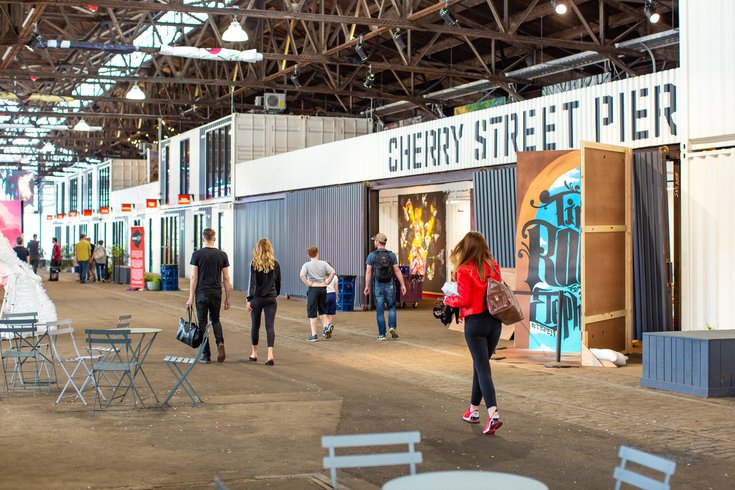 Mural Arts and the Philadelphia Ballet are teaming up this spring for live, in-person performances based on the partnership's latest project, 'Behind the Stage Door.' Shows are free to attend.

Mural Arts and Philadelphia Ballet are partnering for the second time this spring with a series of productions at venues around the city.

"Behind the Stage Door" is an interactive multimedia performance that explores the "invisible" forces which bring ballet to life. The shows will be accompanied by set decorations that were created with the help of Mural Arts Philadelphia.

Four artists were chosen to work in collaboration with people from the Ballet on seven foot by five foot stage doors that will be used as a backdrop for each of the 30-minute performances.

"The doors used as part of the stage set are exciting pieces of artwork that have the unique ability to connect the audience with the stories of individuals who work behind the scenes," said Jane Golden, executive director at Mural Arts. "Through our partnership with the Philadelphia Ballet, we are able to put the spotlight on talented, local artists with diverse skill sets and perspectives, and those at the Ballet whose hard work and individual stories will bring the art form to live."

When not in use, the props will be displayed at Cherry Street Pier intermittently from April 29 through May 24. The doors will be opened to feature animated films focused on different perspectives of the Ballet. Each of the movies are the basis for much of the artwork created by the installation designers.

The show is also set to take place at several pop-up locations throughout the city. On May 7 at 7:30 p.m., a live encore performance is scheduled at the Teatro Esperanza at 4261 N. 5th St.

The interactive performance is then moving to FDR Park's Olmstead Overlook in South Philadelphia on May 8 at 4 p.m., with a rain date scheduled for May 22.

On May 25, there is a performance of the show at Bartram's Garden at 5400 Lindbergh Boulevard at 6 p.m., with the conclusion of the live events at Dilworth Plaza on May 26 at 6 p.m.

"Public art is integral and important to Philadelphia Ballet as we expand our reach throughout Philadelphia," said Angel Corella, artistic director of Philadelphia Ballet. "Through partnerships with institutions and artists, we have the opportunity to transcend traditional theater spaces and share our love of dance and inspire audiences in a new way."

Visual artist Michelle Oosterbaan is among those who were chosen to work on the stage doors. She was influenced by an animated film made by Philadelphia Ballet principal dancer Nayara Lopes.

Lindsay Bedford, a 2021 Fellow from Mural Arts' Fellowship for Black Artists, based her door on a film made by costumer Holly Hynes. Fine art painter Jonathan Laidacker used the work of choreographer Meredith Rainey as inspiration for his submission.

Kuo-Pin "George" Lin, a painter who specializes in narrative portraits based on personal interviews, collaborated with props master Dan Amadie.

Mural Arts partnered with the Philadelphia Ballet in 2021 on a mural exhibition that featured a dance performance at Cherry Street Pier. "Spread Your Wings" was meant to expand visitors' connections to dance as an art form and featured photography from University of the Arts professor Shawn Theodore.

All of the performances are free to attend, and open to the public.

Behind the Stage Door