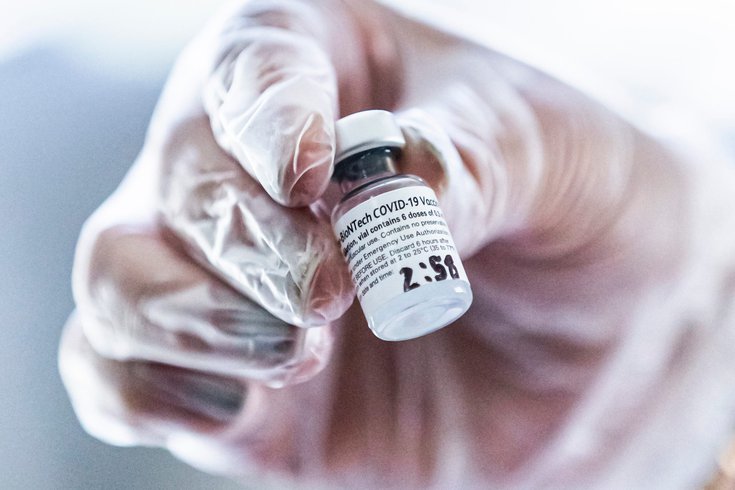 Philadelphia City Council is considering two bills that offer incentives for residents to get the COVID-19 vaccine amid a slump in inoculations.

With COVID-19 vaccination rates in Philadelphia having slowed over the past few weeks, City Council is considering a pair of bills that would offer residents incentives to get inoculated.

One bill would provide residents a $50 credit toward their gas or water bills after they get vaccinated. Another would give them $50 gift certificates redeemable as the city sees fit. Both bills were introduced Thursday by Councilmember Cindy Bass, with the support of President Darrell Clarke.

"We need to act creatively and aggressively to get more Philadelphians vaccinated," Clark said. "The simple reality is that a little less than 50% of Philadelphians have gotten at least one vaccine shot. That's not enough, if we want to get our residents back to work and our schools re-opened safely, and fully open up restaurants and other workplaces where people can feel safe around each other again."

Both bills would require the Department of Public Health to set up a rebate voucher program to distribute the incentives. This would require participants to fill out a form that verifies their city residency and COVID-19 vaccination. The vouchers and gift certificates would be limited to one per person.

The incentive program would be capped at 100,000 people, meaning the program's total cost would not surpass $5 million.

As of Thursday, 36.5% of eligible residents have been fully vaccinated and 47.5% have received at least one dose, according to the Department of Public Health. The data does not include residents who were vaccinated outside of the city.

The data also shows racial minorities are getting vaccinated at disproportional rates than white residents.

"The disparity in vaccination rates shows again how the COVID-19 pandemic has disproportionately impacted our Black and brown population," Clarke said. "We need to work together – City Council, the Mayor's Office, the business community – to get more Philadelphians vaccinated. It's an all-hands-on-deck moment."

The decline in administered doses isn't exclusive to Philadelphia. Vaccination rates have slowed across the nation despite President Joe Biden's goal to have 70% of adults vaccinated by July 4. As of Friday, 62% of adults had received at least one shot, according to the Centers for Disease Control and Prevention.

The City Council bills are among the myriad efforts being taken across the country to incentivize vaccinations. States, cities and businesses are offering everything from free beer and donuts to a state lottery and scholarships.

This proposal is one of many launched in order to get more people vaccinated. Nationally, states, cities and businesses are offering everything from free beer and donuts to a state lottery and scholarships.

New Jersey announced a slew of incentives earlier this month, including free wine, free access to state parks and a chance to have dinner with Gov. Phil Murphy and first lady Tammy Murphy.

Delaware, Maryland and New York are among the states offering vaccine-incentive lotteries.

"Vaccination incentives can encourage people who have been procrastinating," said Bass, who chairs Council's Public Health and Human Services Committee. "We say to them and anyone else that now is the time, this city is the place and the vaccine is available. We can get this done."