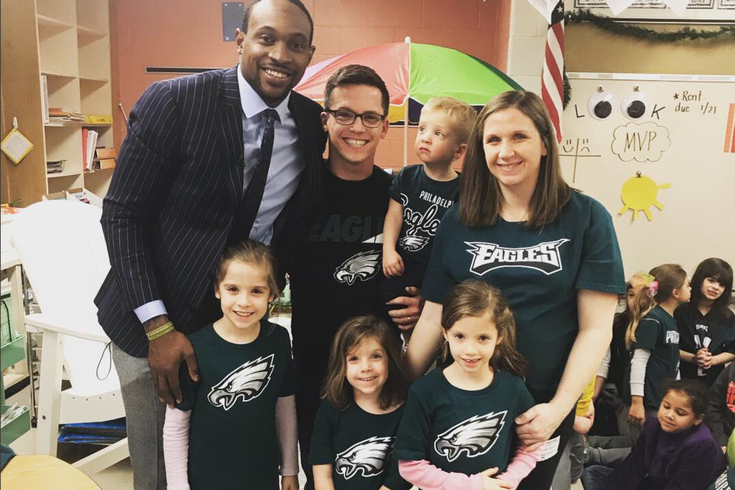 Alshon, photographed here during his visit to Abigail's school.

Eagles fans and players are having a great week putting those “Philly sports fans” stereotypes to bed.

Earlier this week, West Chester second grader Abigail Johnson wrote a letter to Eagles receiver Alshon Jeffery telling him it was okay that he dropped a fourth-quarter pass, and it was okay that the team lost to the Saints over the weekend.

“We couldn’t have won the Super Bowl without you last year,” she wrote. “I think you are a awesome player no matter what.”

It was an incredibly touching note from a kind youngster.

So Jeffery decided to go say thanks to Johnson, in person:

Here was the scene inside the room, via 6ABC's Jamie Apody:

The Eagles aren’t going to repeat as Super Bowl champions, but they have Jeffery — who turns 29 this year on Valentine’s Day, so his huge heart is no surprise — on the roster until at least 2021.

Having a guy like this on the city’s favorite sports team counts as a win.