Eagles release hype video ahead of 2020 season opener on Sunday 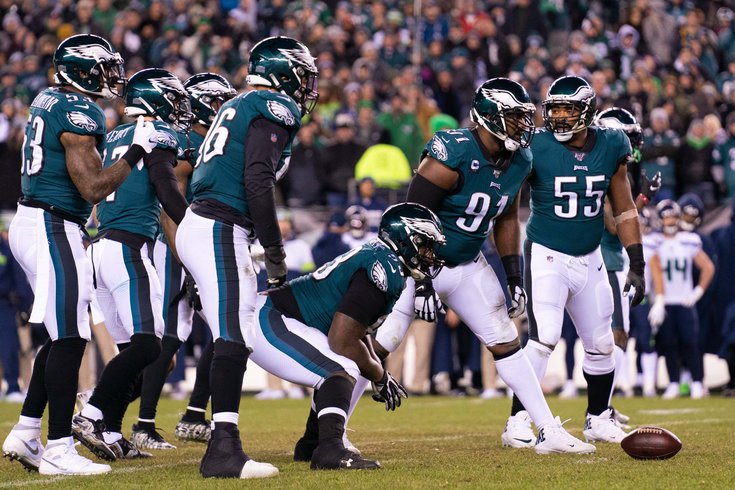 The Eagles are seeking their third NFC East division title in four years, as well as a fourth straight playoff appearance in 2020.

The Philadelphia Eagles will kick off their 2020 NFL season on Sunday afternoon against the Washington Football Team. But before the Birds fly into FedEx Field, the team put out its official hype video ahead of the season opener.

Narrated by former tailback Duce Staley, the Eagles’ running backs coach and assistant head coach delivers a powerful message that we’ve all become accustomed to hearing amid the COVID-19 pandemic: Time to adjust to the new normal.

“Act like you’ve been there before,” Staley says at the start of the video while standing on the field at the Linc. “Not really possible now, is it?”

The video also makes note of the ongoing protests against systemic racism and police brutality across the country, including shots of Eagles’ players participating in demonstrations.

“We’re still going to fight for what we believe in,” Staley says.

The two-plus minute clip also gives us a look at the mural honoring the late Kobe Bryant’s “10 rules” which the team put up at the NovaCare Complex this offseason.

The video also features guest cameos from a number of familiar faces with ties to both the city and the team.

ESPN SportsCenter anchor Kevin Neghandi, a Philly native and huge fan of the city’s teams, cracks a joke at the amount of players named Jalen who are on the Eagles. For those keeping score at home, it’s three on the 2020 roster.

Staley concludes by saying that the Eagles “are staring down a new dawn and a new day, ready to show the world how we do it.”

You can watch the entire video below.

As Staley alluded to, this NFL season will be unlike any other in recent history as the league seeks to play amid the public health crisis.

Kickoff for Sunday’s game in Landover, Md. is scheduled for 1 p.m. on FOX.