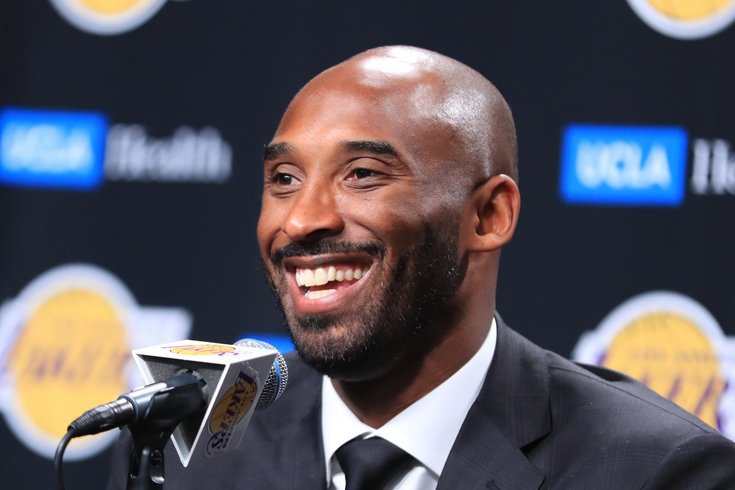 Kobe Bryant was a lifelong Philadelphia Eagles fan and jumped for joy when the team won its first Super Bowl in February 2018. To honor Bryant, who died in a January helicopter crash, the team put up a mural with 10 rules from the NBA Hall of Famer.

As the Philadelphia Eagles report to training camp for an unusual 2020 season, the team is turning to the late Kobe Bryant for daily motivation.

A mural at the NovaCare Complex in South Philadelphia is dedicated to the Lower Merion native and lifelong Eagles fan, who died in a January helicopter crash that also claimed the life of his 13-year-old daughter, Gianna, and seven others.

RELATED ARTICLE: Doug Pederson says it has to be 'extremely tough' on new coaching staffs during COVID-shortened offseason

A short video of the mural was shared with Bleacher Report by wide receiver Alshon Jeffery, who's currently recovering from a Lisfranc injury and joined the team on Monday.

Kobe grew up an Eagles fan, so the team honored him at their practice facility 🙏

With photos from Bryant's days in Lower Merion and Los Angeles — as well his visit with the Eagles during their Super Bowl run — the mural includes Kobe's 10 rules to follow.

The rules are as follows:

1. Get Better Every Single Day

3. Work On Your Weaknesses

4. Execute What You Practiced

9. #Believe In Your Team

Bryant won five NBA championships, one MVP and two Finals MVPs during his 20-year career, all with the Los Angeles Lakers. It's safe to say these rules are a formula for success in the sports world.

During the offseason, the Eagles had Bryant's former Lakers coach, Phil Jackson, join a virtual team meeting to talk about the qualities that help create a championship atmosphere in the locker room.

Bryant's absence will continue to be felt across the sports world, but his legacy remains as one of the most powerful examples of athletic dedication for any team to follow.

The Eagles organization, players and fans will always be able to point to one of the most joyful moments in Bryant's life as a call to action on the field.

Two years ago today, lifelong Eagles fan Kobe Bryant had a priceless reaction to his team winning the Super Bowl 🙌