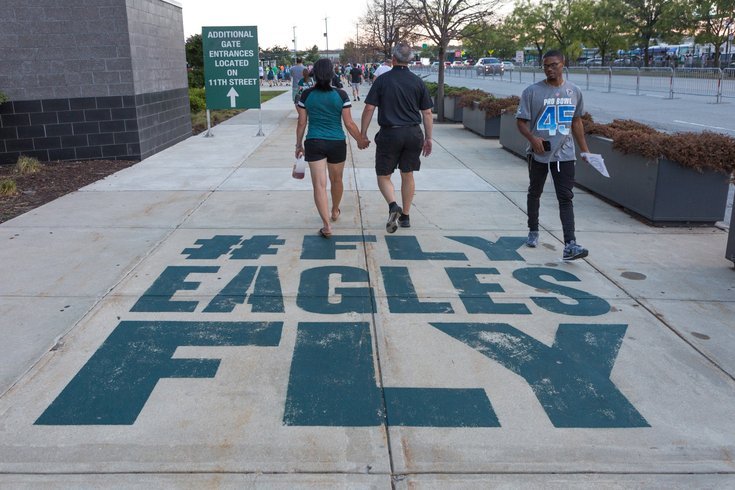 The Philadelphia Eagles are the 24th most valuable sports franchise in the world, according to Forbes' annual list of the top 50 teams. The Eagles are worth $2.75 billion as of 2019.

The Philadelphia Eagles saw their value grow by $10 million over the last year, but the team slipped a few spots in Forbes' 2019 ranking of the 50 most valuable sports teams in the world.

The annual list, dominated by NFL teams, saw some jockeying near the top this year, though the Dallas Cowboys remain the world's frontrunners with a value of $5 billion.

This year, despite 4% growth over the last year, the Eagles fell from 22nd to 24th in the rankings, with a value of $2.75 billion under owner Jeffrey Lurie. They were leapfrogged by the Chicago Bulls and (you hate to see it) the Boston Celtics, who moved up from 27th to tied for 22nd with the Houston Texans.

The worlds three biggest soccer teams — Real Madrid, FC Barcelona and Manchester United — remain affixed in the top 10, where they have been for several years.

Since the inception of the rankings in 2010, the Cowboys have grown from $1.65 billion to their current valuation. Forbes' credits several moves made by owner Jerry Jones that have separated his franchise from the pack:

Jones has been a visionary since he bought the Cowboys for $150 million 30 years ago. He revolutionized stadium sponsorships; broke away from the NFL’s shared merchandise revenue system; launched a stadium-management firm, Legends Hospitality, with the New York Yankees; and opened a $1.5 billion practice facility in 2017.

The result: Dallas sits atop the globe’s richest sports league with profits, in the sense of earnings before interest, taxes, depreciation and amortization, of $365 million in 2017, a record for any sports team.

Lurie deserves his share of credit for the Eagles' growth as well, having purchased the team in 1994 for $185 million. Since that time, both the Cowboys and Eagles have one Super Bowl title.

Elsewhere in the NFC East, the New York Giants came in tied for 10th at a value of $3.3 billion, exactly where they sat a year ago. Washington, which also showed no growth from its $3.1 billion value, was tied for 14th with the Chicago Cubs.

While the NBA has made major strides during the last decade, the list remains a testament to the NFL's popularity.

"The NFL is still the most dominant sports league when it comes to the worth of its franchises," Forbes concludes. "More than half of the top 50 are football squads. Credit the monster media-rights deals with the likes of CBS, NBC, Fox, ESPN and DirecTV that paid out more than $260 million per team last year."