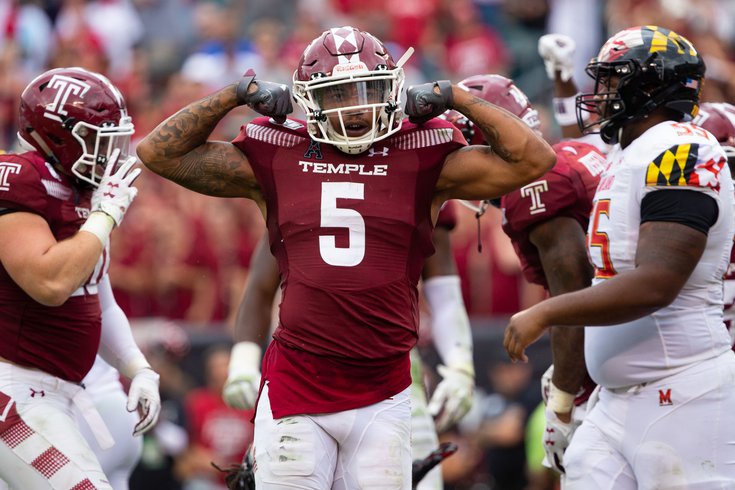 The Philaelphia Eagles added their second linebacker in the 2020 NFL Draft, and it's another fast guy in Temple's Shaun Bradley.

Here he is this past season against Memphis:

Undersized inside linebacker better-suited at the WILL spot in a 3-4, where he can be protected by size around him. He has enough speed and nose for the football to find work on this level, but it may not translate to success in the pros due to his lack of traits and plus speed. He's not twitchy or athletic enough to get away without top-notch instincts and recognition. He's just average in those areas. He loves football. The intangibles and special teams production could give him a shot.

As Zierlein notes, Bradley's initial contributions will likely have to come on special teams, which he has ideal speed for. Eagles on the clock again. Next.