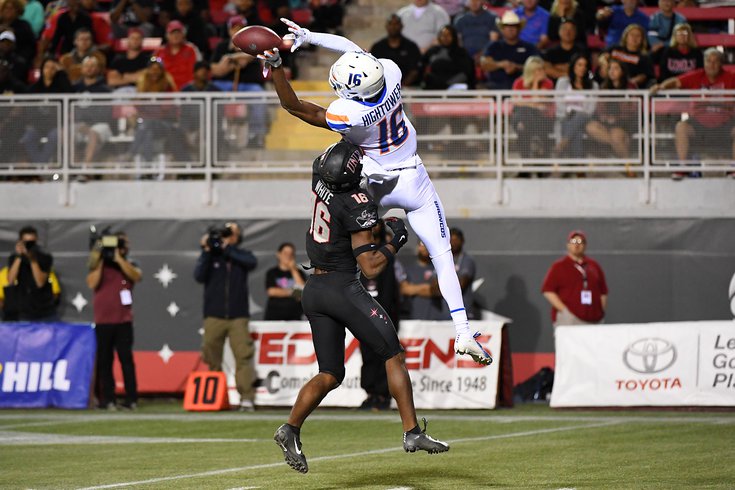 After drafting speed demon Jalen Reagor in Round 1, and then trading for one of the fastest players in the NFL in Marquise Goodwin, the Philadelphia Eagles have added even more speed, selecting Boise State WR John Hightower with the 168th pick of the NFL Draft.

Hightower was a JUCO transfer with only two years of experience at the D1 level. His numbers:

As you can see, Hightower has a good yards per catch average. However, he's 6'1, 189, with a slender frame, so there will be concerns about his ability to beat press coverage at the next level. He ran a 4.43 at the Combine.

Here's a highlight reel, where you can see his speed:

Hightower makes sense as a late round developmental speed guy with some added value as a kick returner.