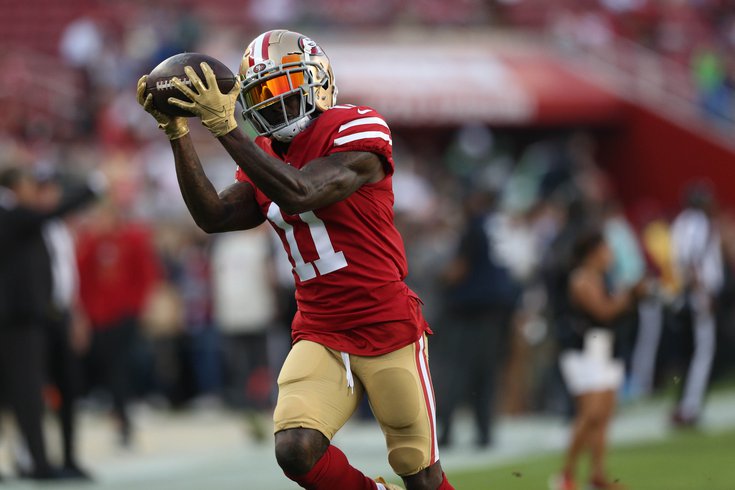 Goodwin is one of the fastest players in the NFL, or at least he was, so his skill set fits the Eagles' biggest need, though he has chronic knee issues. Goodwin ran a 4.27 at the 2013 NFL Combine.

The cost wasn't much. Basically the Eagles swapped sixth round picks with the Niners, moving back 19 spots. His salary will be $3,950,000, which won't be guaranteed, meaning that he will have to show something in camp to make the roster.