At PGW, the familiar stink of waste and mismanagement

Let's be clear. Philadelphia should not own and operate a gas utility 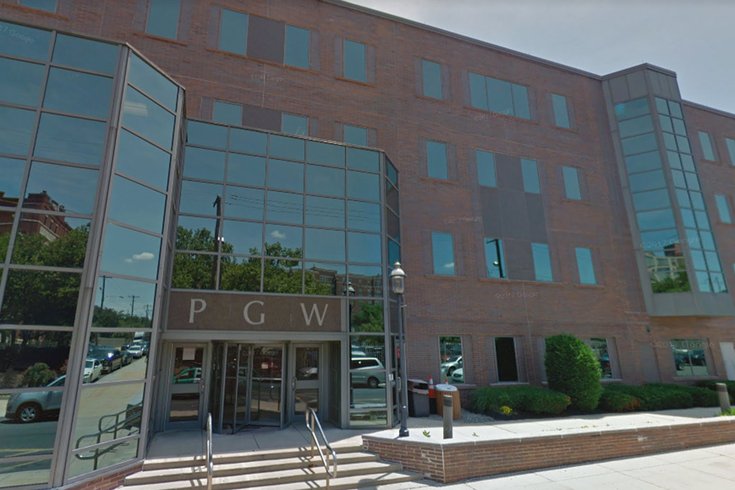 The headquarters of the Philadelphia Gas Works at 800 W. Montgomery Ave. in North Philadelphia.

In a city known for awesome (mmm - Jim's Steaks) and awful (ugh - refinery) smells, it seems like that sulfuric stench of natural gas is one that cannot be avoided. The distinctive smell is meant to be disturbing so we know the volatile gas is present and can alert proper authorities to find the source of any leaking gas. That's a good thing.

But, in Philadelphia, so much having to do with the city-owned Philadelphia Gas Works just plain stinks. Last month, the Pennsylvania Public Utility Commission again called upon Philadelphia to eliminate wasteful and duplicative Gas Works governance, but city leaders have no plans to do so. It reeks of malfeasance when proper authorities are alerted to trouble but do nothing to fix costly problems.

Since 2000, regulation of the operations of the Gas Works have been assigned to Pennsylvania's Public Utility Commission, but the Gas Commission has remained in existence, spending about $1 million each year to fund its staff and consultants. This cumbersome and redundant governance raises costs and complicates organizational efforts. Of course, those increased costs fall upon us ratepayers in the form of higher-than-necessary gas bills.

"The Pennsylvania Public Utility Commission, in an update of its 2015 management audit of the Philadelphia Gas Works, said the city had failed to address a longstanding suggestion to streamline the ‘duplicative and unclear governance structure, over the city-owned gas utility.'"

The article quotes the Pennsylvania Public Utility Commission audit stating, "The current corporate governance structure is duplicative, does not follow standard governance practices, and has been highlighted in numerous PUC audit reports as inefficient."

Let's be clear. Philadelphia should not own and operate a gas utility to begin with.

Municipal ownership of a gas utility is an extremely rare thing as all but a tiny handful of cities have long since concluded that the gas business is just not a business for city government. Philadelphia's troubling and complicated history of Gas Works operations – replete with scandals involving wasteful spending, patronage and mismanagement – is reason enough to question continued municipal ownership. Add in the notion that PGW offers city residents and businesses comparatively high rates and relatively low customer satisfaction and we get a fuller picture of the costs and lackluster benefits of city operations.

While utility operations have improved in recent years, governance and political leadership continue to complicate everything involved with PGW – and the token payment the utility makes to the city budget has been capped since 1980 so it has decreased dramatically in real dollars over nearly three decades.

After a financial crisis in the 1990s when Gas Works operations required a significant loan from the city budget to function, the state legislature placed utility operations under the regulation of the PUC. The notion that a failing PGW could threaten the solvency of the city itself was not far-fetched. In 2014, City Council refused to even hold a hearing on a proposal to sell the gas utility so it looks like we are stuck with municipal ownership.

If the city is to continue to operate a gas utility, it is incumbent upon government to manage the business efficiently. The elected officials who appoint Philadelphia's gas-utility leadership have changed over time but the current mayor, city council and city controller have shown no inclination toward enacting necessary governance reforms despite repeated calls to do so.

Philadelphia elected officials not solving a problem and wasting money at our expense?