Philly's public high schools will not start later in the fall 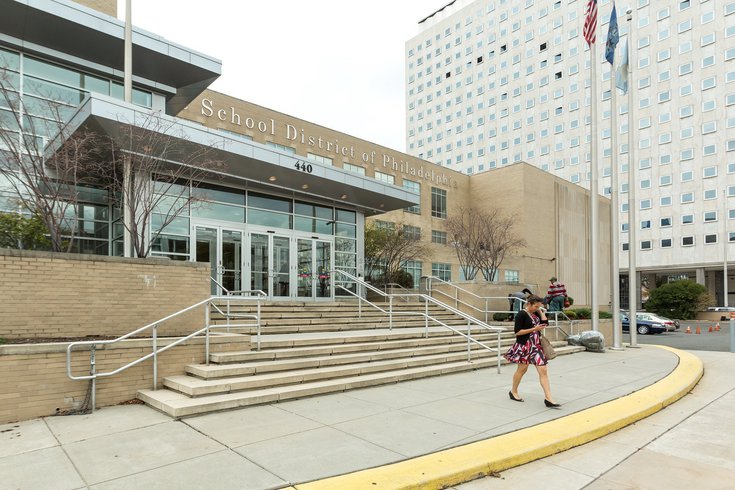 The Philadelphia school district will not change the start times of its high schools to a 9 a.m. for the 2022-2023 school year, Superintendent William Hite said Wednesday. The move backtracks on a plan the district's leaders had said would streamline school bus services and follow pediatric health recommendations for adolescents.

The School District of Philadelphia will not change the start times of high schools and some middle schools to a 9 a.m. next school year, Superintendent William Hite said Wednesday, reversing on a plan the district's leaders had said would streamline school bus services and follow health recommendations for adolescents.

Instead the city's public schools will keep their current bell schedules for the 2022-2023 school year, Hite said in letter to families on Wednesday, noting the district is committed to changing the start times in the future.

The school district had announced in March that high schools would start later beginning in the fall. The change would reduce the amount of time students spend on buses, ensure buses arrive on time and align with health recommendations set by the American Academy of Pediatrics, which advocates that teens benefit from extra sleep gained by starting classes later.

The plan would have changed all 56 high schools, along with schools with combined middle schools and high schools in the same buildings, to a 9 a.m. start time, while younger students kept earlier start times.

Hite explained bus driver shortages and the ongoing impact of the COVID-19 pandemic were the reasons to postpone the change.

"We know that our students, staff and families are still working hard to reclaim a sense of familiarity and stability as we continue to: recover from time spent apart when school buildings were closed; learn to live in the presence of an ever-changing pandemic; and deal with many other traumas locally, nationally and globally," Hite wrote. "Postponing this change in bell schedules is the caring thing to do at this time."

The new plan is to start high schools later beginning with the 2023-2024 school year, though the still depends on the district solving its bus driver staffing issues. Hite said the school district is focused on become more competitive in hiring and retain bus drivers for next year.

This is not the first time Philadelphia public school leaders reversed course on a plan to change the time the school day started. In the run up to the 2021 school year, the district proposed revised bell schedules that would have had more than half of the city's high schools beginning classes at 7:30 a.m. That plan also created a three-tiered bell schedule with schools starting classes by 7:30 a.m., 8:15 a.m. or 9 a.m., yet when the finalized list of schedules was released in July 2021, 25 schools were planning to start at six other times in between those original three options.

The latest plan, which had been set to take effect in the fall, would have conformed to recommendations by the American Academy of Pediatrics based on a study from 2014 that showed teens' performances in high school improved when classes began no earlier than 8:30 a.m.

Though teenagers need at least eight hours of sleep each night, many do not get tired until around 11 p.m., Dr. Thanuja Hamilton, a sleep medicine specialist in South Jersey told PhillyVoice in 2018. By starting high school at 7:30 a.m., students must be awake by 6 a.m., leaving them tired and having difficulty focusing. Earlier start times also can reduce creativity and can heighten depression and anxiety for high school studends. The Centers for Disease Control and Prevention have been recommending later start times for older children since 2015.